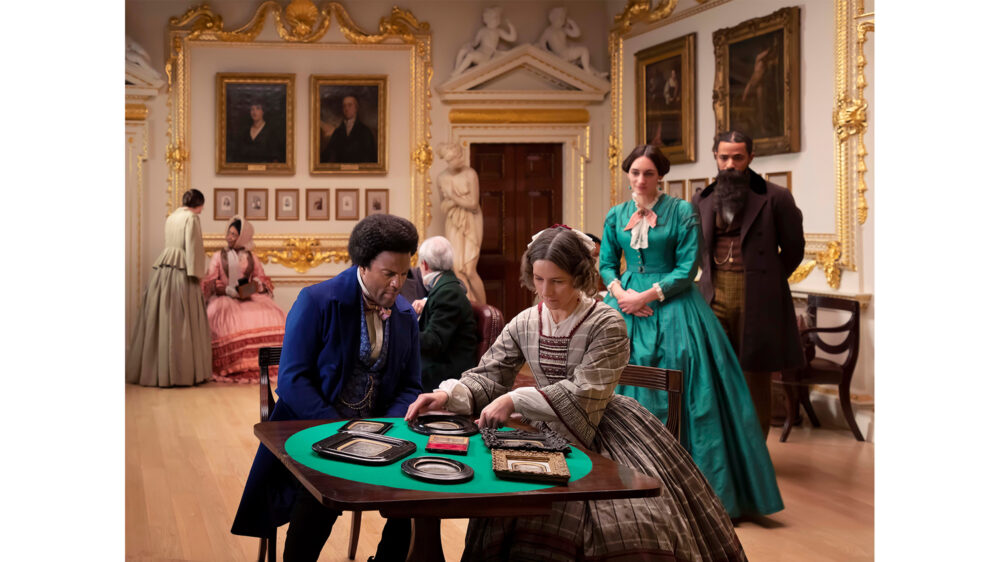 This conversation highlights Lessons of the Hour—Frederick Douglass (2019), Julien’s genre-breaking, ten-screen film installation about the abolitionist (1818–1895), as a nexus of citizenship, rights, and the present moment’s witness to the resurgence of white supremacy. The program will focus on the relationship of the academy to racial politics, and address the ways in which universities play a key role in changing the landscape of social justice by inspiring radical art practice.

Watch a recording of the conversation here.

frieze Magazine associate editor Terence Trouillot moderates the discussion and is joined by Julien, filmmaker and UC Santa Cruz’s distinguished professor of the arts; Jennifer González, professor of History of Art and Visual Culture at UC Santa Cruz; and Mark Nash, independent curator and writer. Led by Julien and Nash Nash, the Isaac Julien Lab at UC Santa Cruz offers an intensive research-based graduate program that emphasizes partnership and inter-disciplinary collaboration with contemporary artists, curators, and institutions across the globe. Nash’s accompanying exhibition at McEvoy Arts, When Living as a Protest, features selections from the McEvoy Family Collection that bring Julien’s work further into focus through a range of modern and contemporary images from the civil rights era to the present day. González, who has written widely on Julien’s practice, contributed a new interview with the artist for the exhibition.

This conversation is co-presented with frieze Magazine