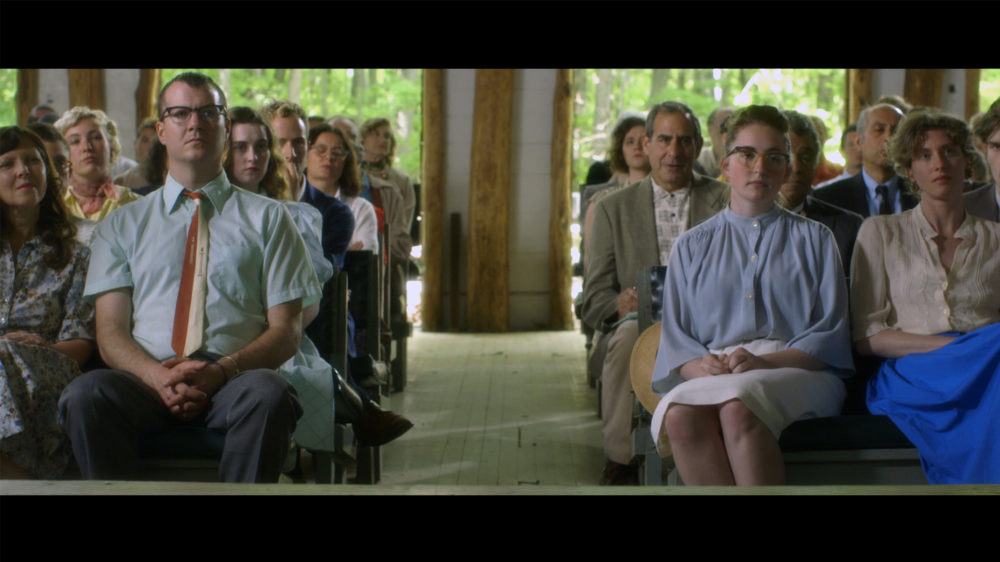 Advance tickets have sold out. A limited number of tickets will be available at the door. Click here for more information about McEvoy Arts’ Box Office policies.

The Tuba Thieves is both a feature-length film in progress that Alison O’Daniel has been shooting and an expanding project of mixed-media installations, sculptures, and performances through which O’Daniel invites audiences and collaborators “to navigate, de-construct and re-imagine sound.” The Los Angeles-based artist, who is hard of hearing, collaborates with hearing, Deaf and Hard of Hearing composers, musicians, performers, and athletes in her work across mediums. Curator Tanya Zimbardo joins O’Daniel to discuss her unfolding project The Tuba Thieves (2013–ongoing), including the process of reimagining through film the punk show for the closing party of the Deaf Club in San Francisco in 1979.

Alison O’Daniel: The Tuba Thieves is on view daily in McEvoy Arts’ Screening Room in conjunction with the exhibition What is an edition, anyway? which explores the traditions, conditions, and inventive expressions of the contemporary artist’s multiple. The program repeats approximately every half hour.

This Artist Talk is offered with sign language interpretation.