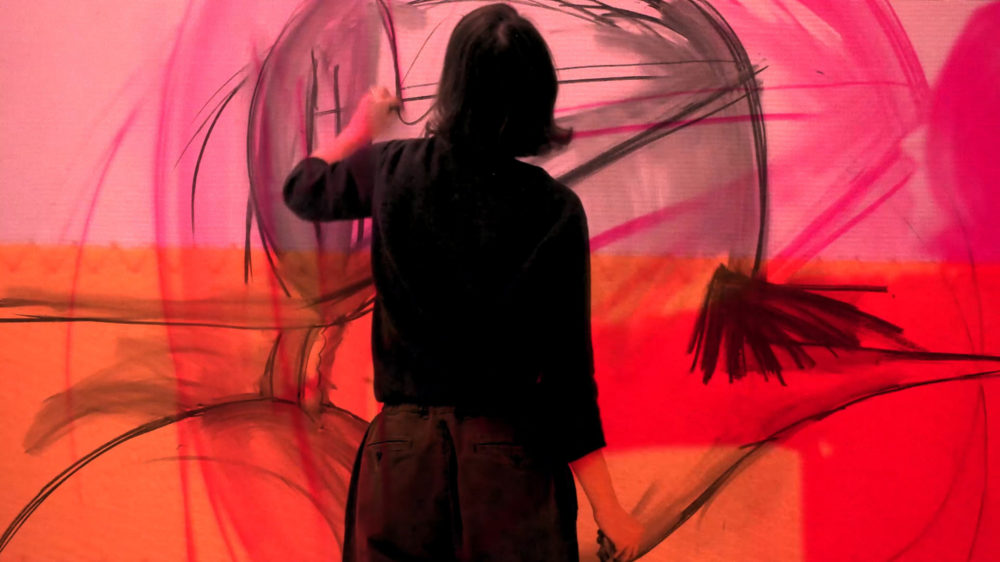 Admission is free. Seating is limited and available by registration.

In the Bay Area premiere exhibition for these two New York-based artists, Moore stages a theatrical dialogue between the pictorial calligraphy of Berkenblit’s gestural, semi-abstract paintings and the vernacular materials of Braman’s blocky, quasi-mystical sculptures and environments. At times viscerally physical, pleasingly coherent, and intriguingly contradictory, True Blue Mirror proposes an impromptu stage production of sorts, engaging Braman as designer and Berkenblit as casting director. Juxtaposing these two bodies of work reveals correspondences in line, color, and composition, yet differences in scale and dimensionality, as each is reflected and refracted through the vision of the other.

Working together with Moore, the artists have also chosen a complement of photographic works from the Collection to expand the exhibition. Over the course of the the artists will share insights into their unique methods and practices and their experiences collaborating on the exhibition at McEvoy Arts.