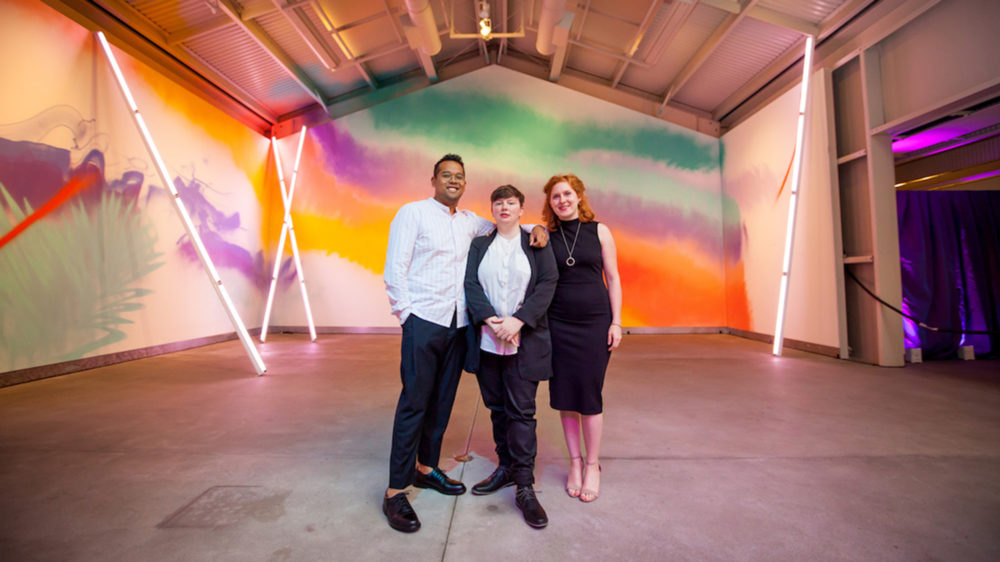 Advance tickets have sold out. A limited number of tickets will be available at the door. Click here for more information about McEvoy Arts’ Box Office policies.

Exhibition: What is an edition, anyway?
Performance: Porchlight: Oops, I Did It Again: Stories about Repetition
Music: No Age: Score for the Day Before

Now in its fourth edition, That’s Funny invites artists and comedians to perform short sets of comedic material on a set designed by Bonanza as a celebration of comedy’s potential for posturing and resilience. With humor and satire informing much of the collective’s multi-disciplinary practice, That’s Funny began as an alternative to a traditional opening event for Bonanza’s dyke, ginger, Mexican show at Interface Gallery, Oakland in 2017. The collective has staged iterations of That’s Funny at the Walter McBean Gallery at the San Francisco Art Institute and Gallery 16 in San Francisco.

That’s Funny is one of three events that examine the concept of performance as edition, curated by visual artist Jonn Herschend for What is an edition, anyway?. Encompassing literary, musical, and comedic practice, the events acknowledge performance’s implicit conundrum between poles of repetitive and unique actions. Original, limited-edition posters, designed by Herschend and THE THING Quarterly co-founder Will Rogan, are released at each event and installed in the gallery on the day of the performance.