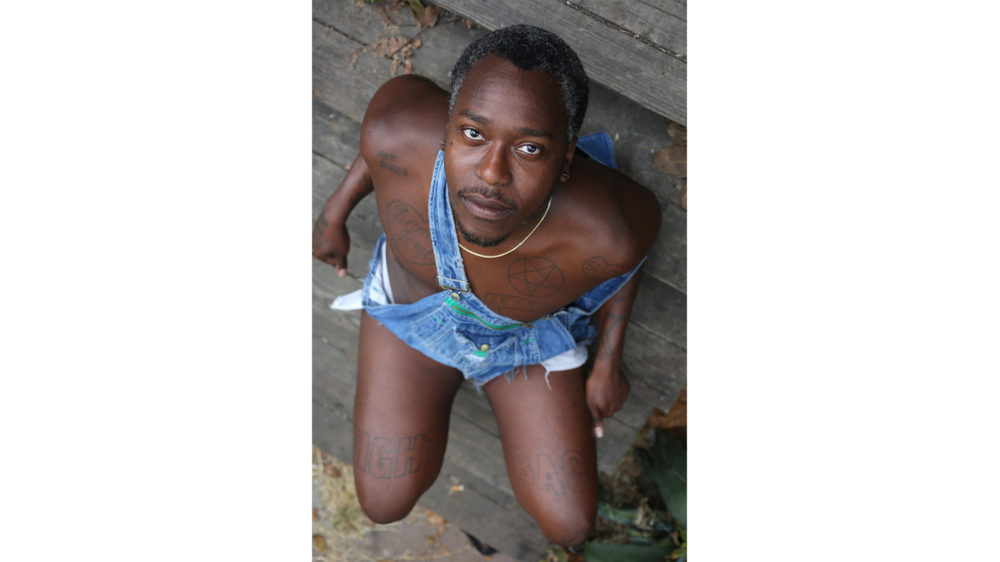 This is a free, online event hosted on Zoom. Please follow the link at the button below to register and receive a reminder to participate.

Co-produced by McEvoy Arts and the University of California, Berkeley for Arts & Ideas.

Dancer, musician, and writer Brontez Purnell is known for his wry, raw, and deliciously transgressive explorations of queer culture and blackness. With his band The Younger Lovers and the Brontez Purnell Dance Company, he merges a DIY aesthetic with a powerful interdisciplinary practice. In this free Zoom event, Purnell presents a performance for at-home audiences, followed by a conversation with Greg Niemeyer, Chair and Professor for New Media in the Department of Art Practice at the University of California, Berkeley.

This event is part of the McEvoy Arts at Home initiative to continue celebrating Bay Area creative institutions and artists during the current public health crisis. It is co-produced with the University of California, Berkeley for Arts & Ideas. Purnell was commissioned by McEvoy Arts to present a new performance, now postponed, exploring the legacy of Virginia Woolf’s Orlando (1928) in conjunction with the exhibition Orlando.