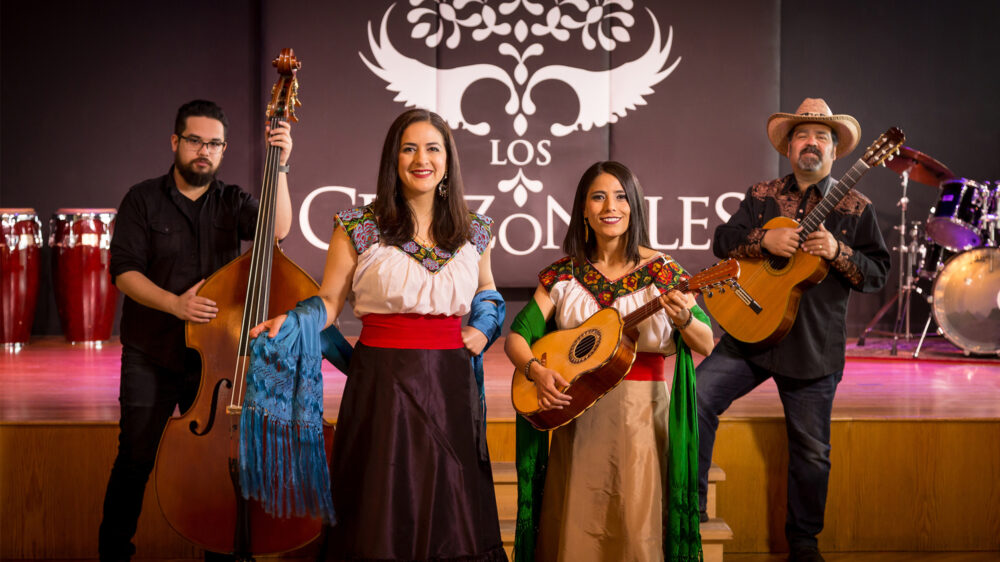 Exhibition: Next to You
Performance: Radius
Film/Video: We Belong

Celebrando la Cultura is a free, outdoor concert in Watsonville City Plaza that honors the impact of Mexican American music and culture on the Bay Area’s performing arts traditions and celebrates the vibrancy of the Pajaro Valley’s agricultural community. Exploring the connection between live music, history, and community, the concert transforms Watsonville’s weekly farmers’ market into a cultural celebration open to all. Los Cenzontles Cultural Arts Academy, an artist-driven organization committed to amplifying the roots of Mexican culture, performs music inspired by the award-winning documentary Linda and the Mockingbirds (2020) with members of its touring band. A showcase of traditional Tierra Caliente and Arpa Grande music from Los Originarios del Plan and a dance performance by the Watsonville-based Estrellas de Esperanza youth folkloric group rounds out the evening’s lineup of performances.

Organized in honor of Mexican Independence Day, Celebrando la Cultura connects familiar and new listeners to the dignity and beauty of ancestral Mexican music while inviting an evening of respite and joy for Watsonville’s large community of farmworkers and their families in recognition of their essential labor during the coronavirus pandemic. Linda and the Mockingbirds will be screened virtually via the Watsonville Film Festival from September 15–18, 2021.

Celebrando la Cultura is a co-production of Los Cenzontles Cultural Arts Academy and McEvoy Arts, with the Watsonville Film Festival in conjunction with the exhibition Next to You. Additional support is provided by the City of Watsonville and the Watsonville Campesino Appreciation Caravan.