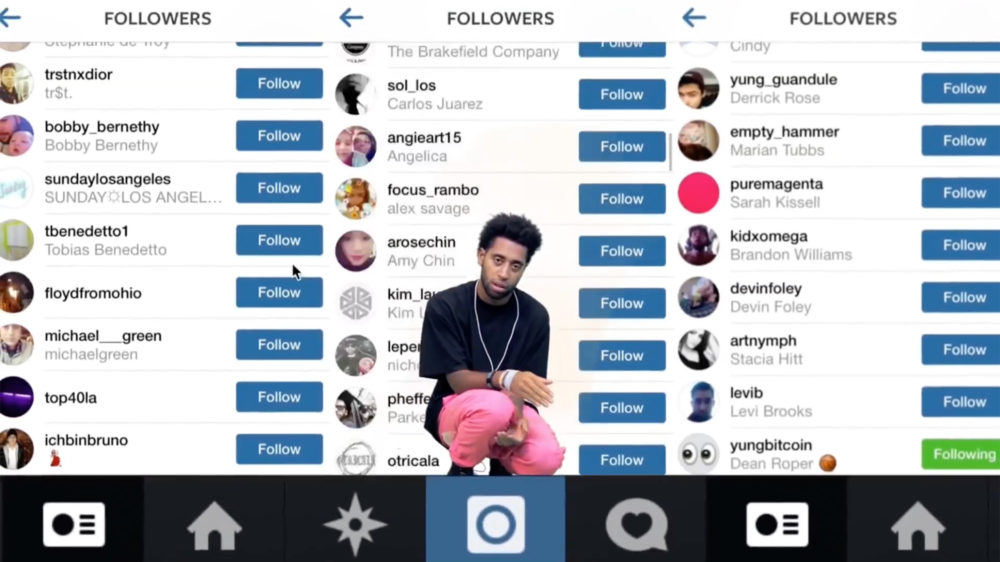 Gallery and event admission are free and open to the public.

Presented approximately every half hour, Introspections collects five short videos that satirize several key moments in American TV and social media culture. On view in conjunction with True Blue Mirror: Ellen Berkenblit and Sarah Braman through May 4, 2019, the works in Introspections amplify the exhibition’s themes of pop-culture assemblage, the representation construction of identity, and the tension between the public and private spheres in the practice of making art.

By means of self-portraiture in playful parodies of commercial media conventions, these works feature the artist as director, actor, and subject. Included are pieces from Trisha Baga, Nao Bustamante, Bjørn Melhus, William Wegman, and Yung Jake that span four decades of discourse in video art—ranging from the absurd to the pensive—and investigate pop-cultural touchstones from talk shows to social media.