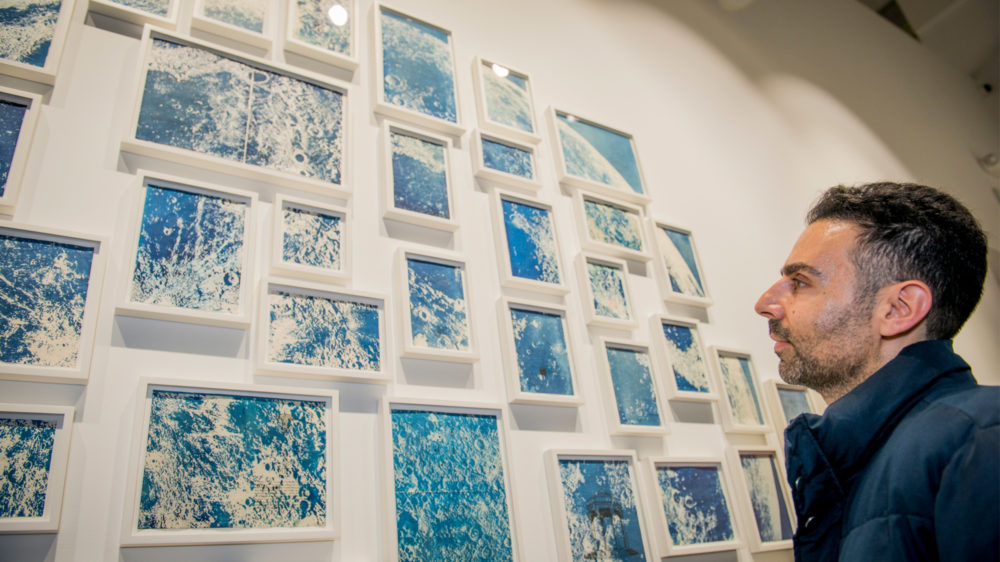 Ala Ebtekar (right) with his work Thirty-six Views of the Moon, 2019 at the Opening Reception for What is an edition, anyway?, May 21, 2019. Photo: Pat Mazzera

Ala Ebtekar is joined by his mother, artist and translator Mojdeh Marashi, to commemorate the fiftieth anniversary of NASA’s Apollo 11 moon landing and discuss its relation to Thirty-six Views of the Moon, 2019, on view in What is an edition, anyway?. The two present a poetry reading featuring poems by Ebtekar’s great-uncle, H.E. Sayeh, whose texts comprise some found pages used in Ebtekar’s project. The work is the Spring edition of a series in four seasons that takes its cue from a twelfth century poem by Omar Khayyam that imagines humans as the objects of the Moon’s omnipresent gaze. Using photographic negatives of the Moon provided by California’s Lick Observatory Archives, Ebtekar treated book and pamphlet pages from ten centuries of texts referencing the moon and night sky with photographic chemicals then exposed them to moonlight.