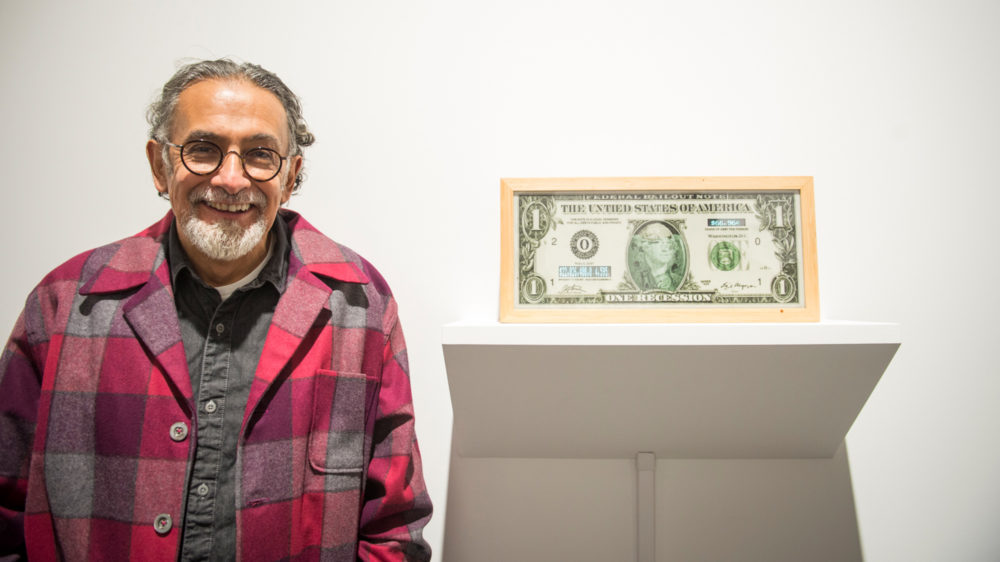 Enrique Chagoya (left) with his work One Recession Watchdog (Instant Update), 2019 at the Opening Reception for What is an edition, anyway?, May 21, 2019. Photo: Pat Mazzera

Enrique Chagoya elaborates upon the political satire of One Recession Watchdog (Instant Update), 2011, on view in What is an edition, anyway?. In this collaboration with software designer Sean Gallagher and artist Donald Farnsworth, Chagoya subtly redesigned a one-dollar bill and embedded it with networked electronics to display in real time the national debt of the United States. The resultant artist’s multiple transforms one of the most recognizable objects in the sphere of editions into a poignant commentary on the Great Recession of 2008.