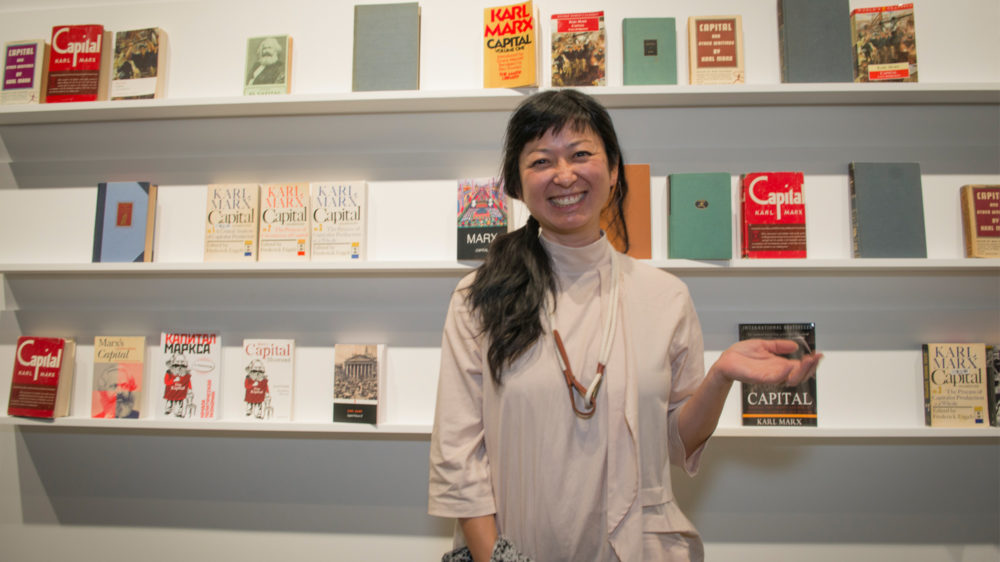 Stephanie Syjuco (right) with her work Excess Capital (Double or Nothing), 2019 at the Opening Reception for What is an edition, anyway?, May 21, 2019. Photo: Pat Mazzera

Stephanie Syjuco discusses the commissioned installation Excess Capital (Double or Nothing), 2013–, on view in What is an edition, anyway?, and how authenticity is defined in a commodity-based culture. The work displays used copies of Karl Marx’s Capital that Syjuco purchased at auction on eBay and then reclassifies as artist editions by inserting a signed bookplate. Offering each book for sale at exactly double the price paid, Syjuco leverages visitors as partner investors in the project, with all proceeds donated to local activist organizations specializing in racial justice and immigration rights at the close of the exhibition.