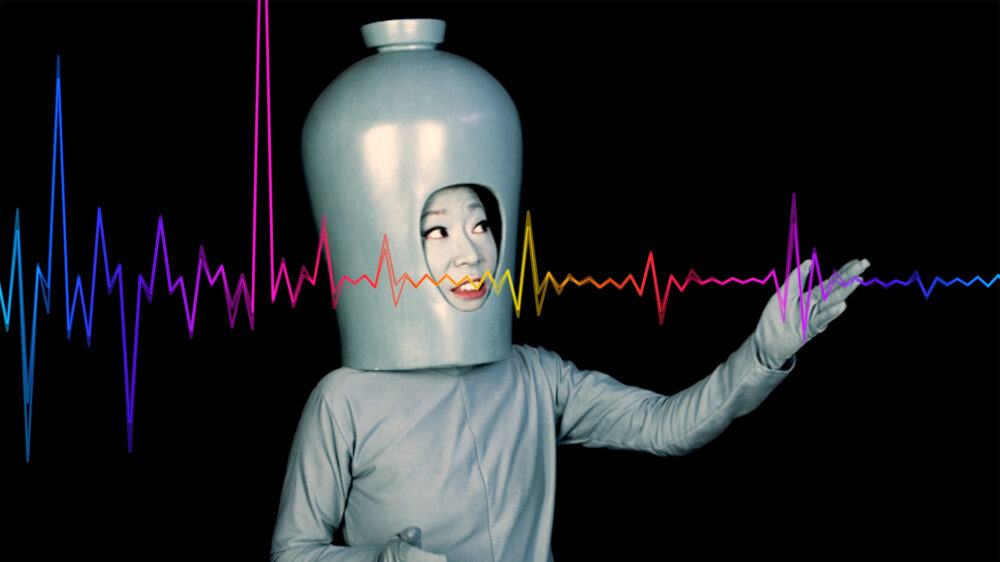 Advance ticket sales are at capacity. If you do not have a ticket, arrive early the day of the event. Standby tickets will be released on a first-come basis depending on how many seats are available after ticket holders are admitted. Click here for more information about McEvoy Arts’ Box Office policies.

Genevieve Quick’s Hello World focuses on CETI (Celadonian ExtraTerrestrial Intelligence), a research consortium that facilitates communication between Planet Celadon and Earth. As the narrative unfolds through live performance and a video game, the performers encounter a black hole, the multiverse, and communication outages that the scientists attempt to remedy.

Hello World blurs the boundaries between live performance and gaming, extending Quick’s exploration of global identity and politics in media-based practices. With a cast of all self-identified Asian Americans, the video game offers a two-way channel between earth and the multiverse, a bridge across time, and a metaphor for the Asian diaspora.

The event will also feature the live performance of a new musical score by Adria Otte and Gabby Wen. Hello World is commissioned by McEvoy Arts.