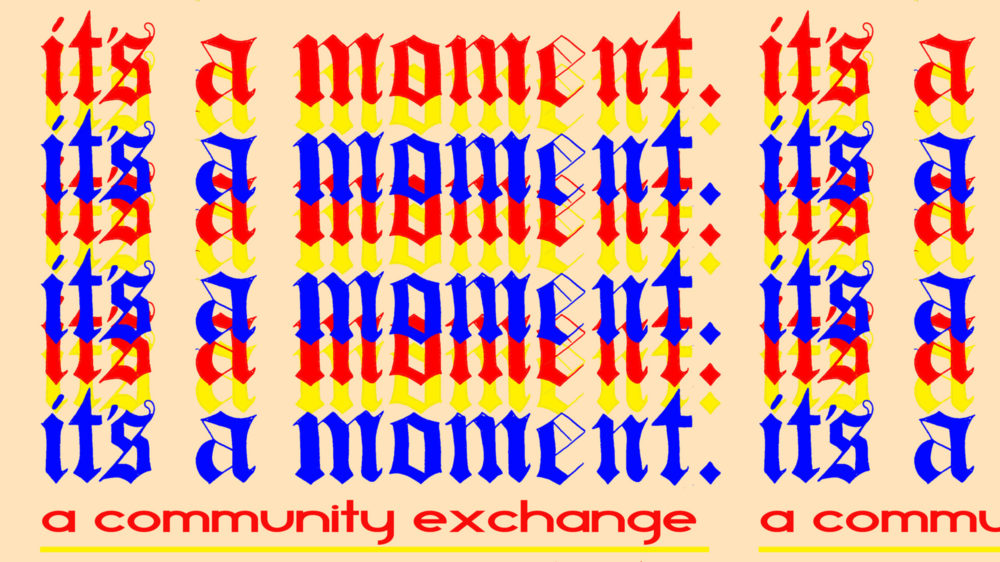 It’s a Moment invites culturally and artistically diverse thinkers to envision a collective future for the arts and arts institutions as sites for community exchange, revolution, and recalibration of perspective and initiative. Organizers Ryanaustin Dennis and Samantha Maria Xochitl Espinoza ask participants to consider questions that Tilda Swinton posed as guest-editor of Issue #235: Orlando of Aperture magazine: “What is a society? What is a social conscience? What is social responsibility? What is a human? What future can we envisage for ourselves? What is hope?” As it applies to creative practice and arts institutions, the evening offers a platform for countercultural solidarity and broad thinking to emerging East Bay QPOC artists, students, and activists through dance, visual, and film. A small vendors market follows the presentations and performances.

It’s a Moment is co-organized for McEvoy Foundation for the Arts by Ryanaustin Dennis, Samantha Maria Xochitl Espinoza, and Pro Arts Gallery & Commons. It is presented in conjunction with Orlando (February 7 – May 2, 2020). Guest curated by Tilda Swinton and organized by Aperture, New York, the exhibition presents recent and commissioned photographs that embody a horizon of timelessness and self-expression as found in Virginia Woolf’s 1928 novel.