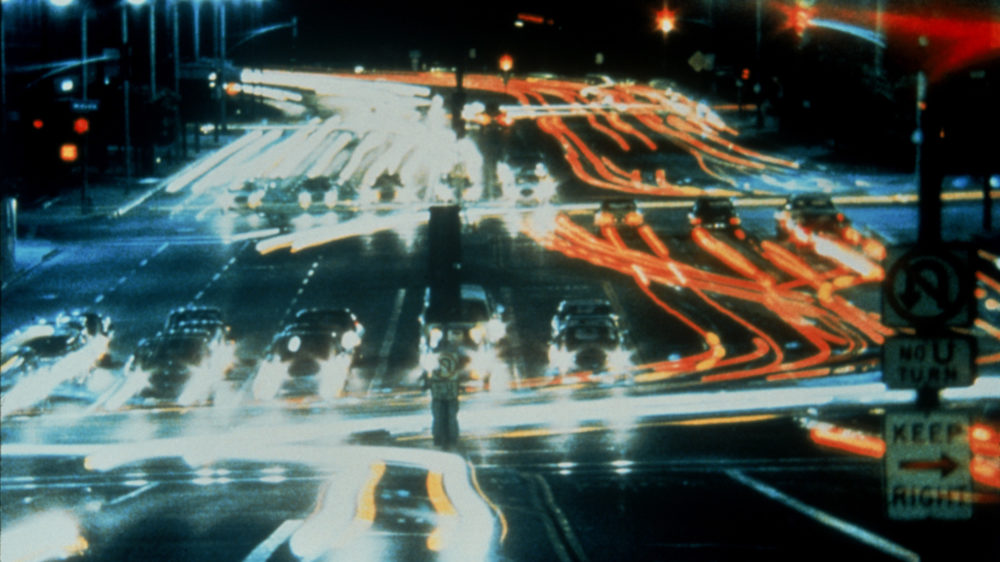 Drawing its title from the Hopi word meaning “life out of balance,” Koyaanisqatsi (1982) is a renowned documentary that reveals how humanity has grown apart from nature. Directed by Godfrey Reggio and featuring extensive footage of natural landscapes and elemental forces set to a score by Philip Glass, the film ultimately gives way to many scenes of modern civilization and technology. Given its lack of narration and dialogue, the production makes its points solely through imagery and music, with many scenes either slowed down or sped up for dramatic effect. Reggio explained the lack of dialogue by stating: “it’s not for lack of love of the language that these films have no words. It’s because, from my point of view, our language is in a state of vast humiliation. It no longer describes the world in which we live.” Koyaanisqatsi is the first in the Qatsi trilogy.

Koyaanisqatsi is presented in conjunction with McEvoy Arts’ fall exhibition No Time, which explores human relationships to the natural world in the past, present, and future.