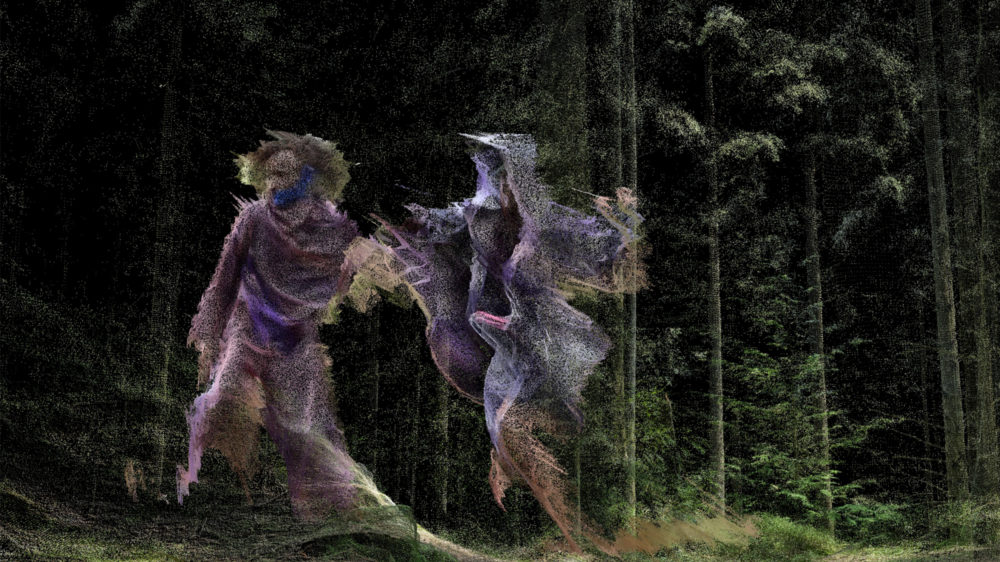 Exploratorium Cinema Arts curators Kathleen Maguire and Samuel Sharkey lead Q&A sessions and engage visitors in informal conversations about their selections for  Only Memories, Leave Only Footprints over the course of the Screening Room program’s last afternoon on view at the McEvoy Foundation for the Arts.

Presented in two alternating cycles, each beginning at the top of the hour, Take Only Memories, Leave Only Footprints investigates the act of seeing as a primary way of knowing, ranging from the biological and temporal characteristics of vision to cinema’s ability to transcend these experiences. Like the photographs and sculptures on view in No Time, these film and video works induce the viewer to travel beyond the vistas represented and explore the many facets of human relationships to the natural world.

Featuring works by Jeroen Cluckers, Daniel Crooks, Siegfried A. Fruhauf, Tanja Geis, Jan Van IJken, and Jane Veeder among others, Maguire and Sharkey provoke questions of technological advancement and scale with implications for both the creation of moving-image art and the unalterable change of natural landscapes.

This event is presented in collaboration with the Exploratorium Cinema Arts Program and in conjunction with McEvoy Arts’ Fall exhibition No Time, which explores human relationships to the natural world in the past, present, and future. No Time is on view through Saturday, January 19, 2019.