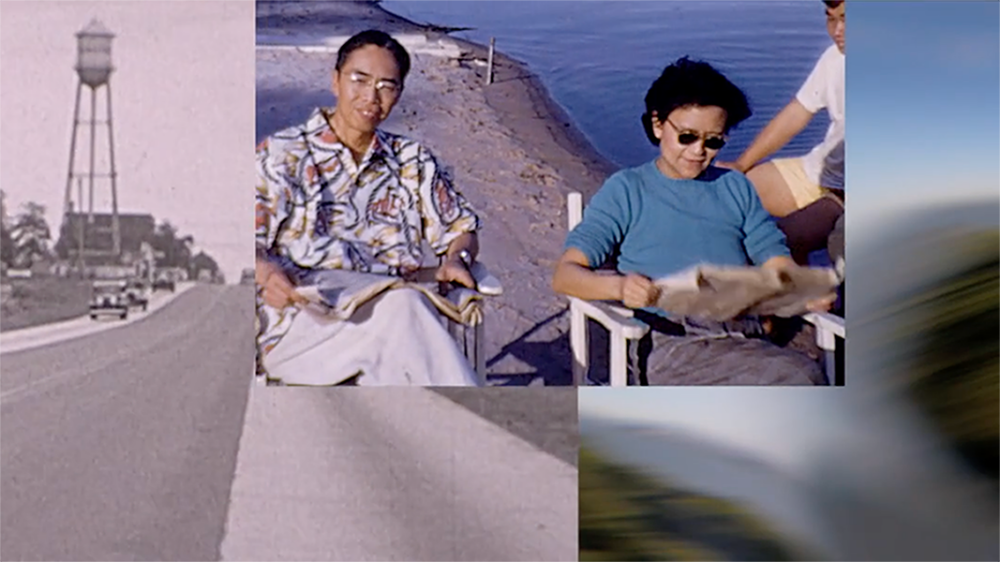 Chet Canlas, Memories to Light: Never Brighter (still), 2021. Courtesy of the artist and the Center for Asian American Media.

Face coverings are required for all visitors age 2 and older while in the building. All attendees age 12 and older must show proof of vaccination for entry to McEvoy Arts events. Read complete health and safety guidelines here.

Exhibition: Next to You
Screening Room: Hearing Aids
Film/Video: We Belong

McEvoy Arts commissions local composers Danny Clay and Theresa Wong to compose and perform an experimental score for Memories to Light: Never Brighter, a film by documentary filmmaker Chet Canlas. The film creates a honeycomb lens of Asian America by interweaving home movies from the collection of the Center for Asian American Media (CAAM) with archival images from the Manilatown Heritage Foundation. This panoramic juxtaposition of sight and sound is the first performance in the McEvoy Arts galleries since February 2020.

In Canlas’s film, digitized 8mm and 16mm home movies life capturing authentic scenes of Asian American life come together with images and clips from the Manilatown Heritage Foundation’s extensive archive. Drawing inspiration from the filmic collage, Clay and Wong—who previously performed together in 2018 at McEvoy Arts—work collaboratively to create a richly textured composition that bridges field recordings, spoken word, and live improvisation. The immersive physical space filled by the power of performance and the possibility of togetherness.

Memories to Light was initially conceived as an outdoor screening and performance for Neon Was Never Brighter, the urban festival of artist activations celebrating the resilience and fortitude of San Francisco’s Chinatown postponed. Due to rain, Neon Was Never Brighter was cancelled and is postponed until Spring 2022. The live performance of Memories to Light: Never Brighter at McEvoy Arts marks the closing day of Next to You on December 4. It is an expansive intertwining of moving images and experimental music that extends the exhibit’s celebration of the performing arts.

Memories to Light: Never Brighter is a co-production of the Center for Asian American Media and McEvoy Arts with the Manilatown Heritage Foundation.