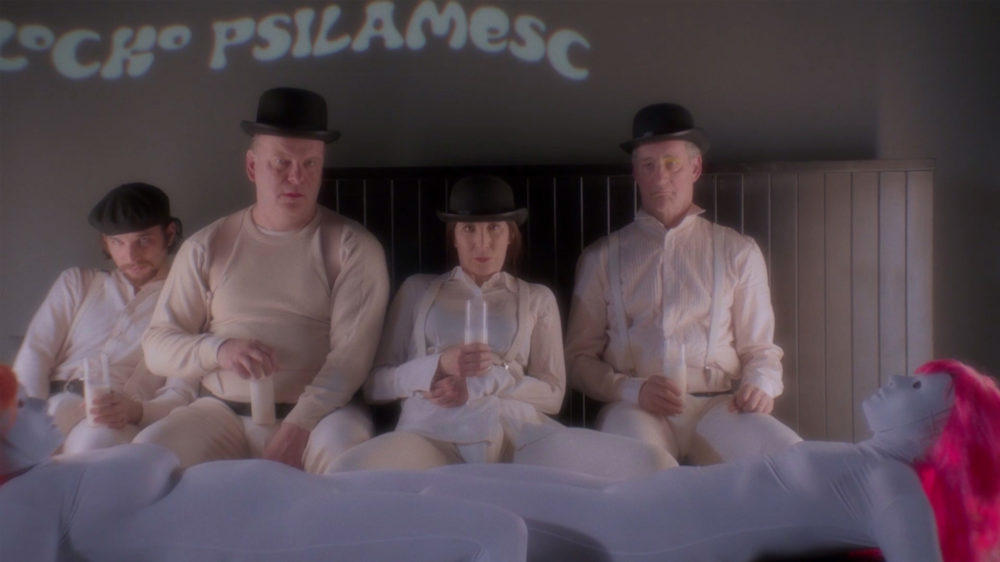 Film still from My Art, 2016. Directed by Laurie Simmons. Courtesy of Film Movement.

$7 General Admission
Free for students and seniors with ID

Ellie Shine (Laurie Simmons) is an artist in New York City struggling to achieve recognition in the art world. When she is offered the luxurious country house and studio of a famous friend, she seizes the opportunity to escape her urban artworld malaise and get down to work.

She unwittingly finds inspiration—and possible pleasure—in two out-of-work actors who maintain the gardens at her summer retreat: Frank, a recent widower trying to reassemble his life by turning his back on a mediocre acting career, and Tom, a hungry young actor whose wife has a less ambitious vision for their idyllic country life. Joining them is John, a thrice-divorced, disillusioned lawyer looking for a summer distraction. With help from these unexpected collaborators, Ellie turns the home’s adjoining barn into her new workplace, staging elaborate recreations of scenes from classic Hollywood movies, ranging from Some Like it Hot to A Clockwork Orange,that breathe new life into Ellie’s artistic practice.

With humor, grace, a shrewd sense of self, and star-power from the likes of Parker Posey, Lena Dunham, Josh Safdie, John Rothman, and Robert , this off-kilter romantic comedy chronicles an unlikely foursome’s odd and fortuitous journey toward mature artistic fulfillment.