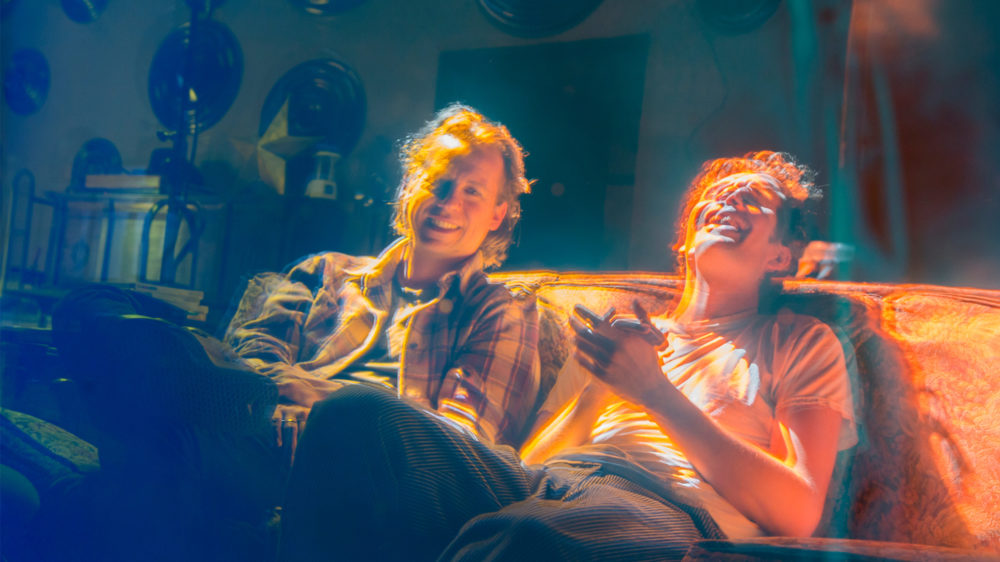 Exhibition: What is an edition, anyway?
Performance: Porchlight: Oops, I Did It Again: Stories about Repetition
Performance: Bonanza: That’s Funny

No Age—consisting of guitarist Randy Randall and drummer and vocalist Dean Spunt—brings their cacophonic sound to McEvoy Arts with the second edition of Score for the Day Before. The program combines a live, improvised concert with a road movie filmed the previous day during the duo’s drive from Los Angeles to San Francisco. Reflecting the group’s do-it-yourself ethos, No Age records the concert to cassette tape and create a series of limited-edition duplicate cassettes to be distributed to attendees immediately following the show.

Score for the Day Before is one of three events that examine the concept of performance as edition, curated by visual artist Jonn Herschend for What is an edition, anyway?. Encompassing literary, musical, and comedic practice, the events acknowledge performance’s implicit conundrum between poles of repetitive and unique actions. Original, limited-edition posters, designed by Herschend and THE THING Quarterly co-founder Will Rogan, are released at each event and installed in the gallery on the day of the performance.

McEvoy Arts is open 11am–3pm on the closing day of What is an edition, anyway? with regular gallery access. Doors open to ticket holders at 4pm. Following the concert, stay for a free closing reception and delicious Yucatec-Mayan fusion bites from Cochinita SF‘s food truck from 6–8pm.