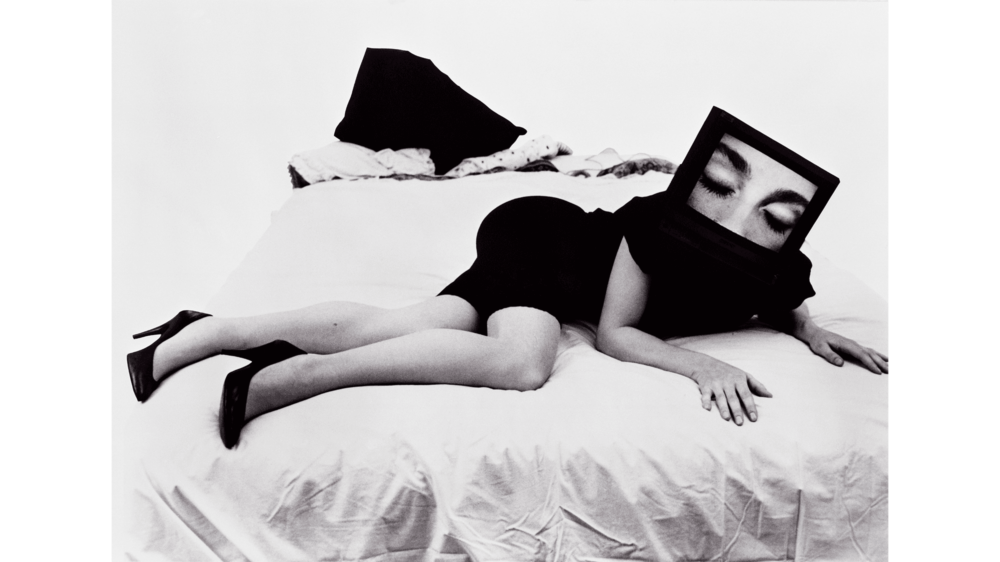 Advance registrations are at capacity. McEvoy Arts will accommodate as many visitors without advance registrations as possible while space permits. On the day of the event, standby tickets will be released on a first-come, first served basis depending on how many seats are available after ticket-holders are admitted. Ticket-holders must arrive on time to be guaranteed a seat.

Lynn Hershman Leeson’s arresting photograph Seduction (1985) is the jumping off point for an illustrated discussion on technology and the female body led by curator Corey Keller with Hershman Leeson and feminist scholar Peggy Phelan. Person. Woman. Camera. TV. is organized by Keller in conjunction with the exhibit Image Gardeners, which features many images, including Seduction, that resist and reframe conventional understandings of identity and the self.

Hershman Leeson is a media artist whose pioneering work has long investigated the power of technology to frame and control the female body. Phelan is a renowned feminist scholar whose work is foundational to the field of performance studies. Keller has curated exhibitions and written about a wide array of photographers, including Susan Meiselas, Clare Strand, and Francesca Woodman.