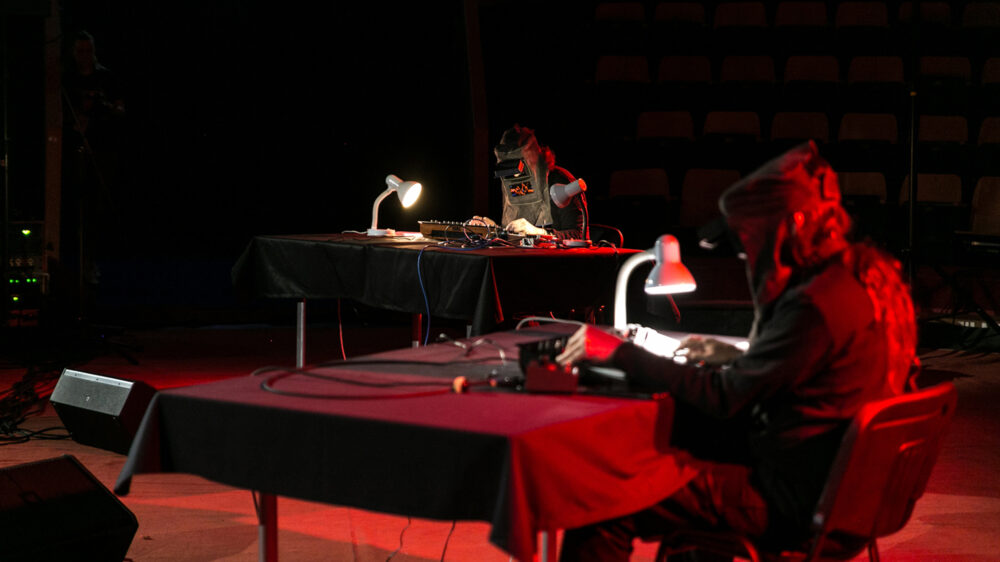 Advance ticket sales are at capacity. If you do not have a ticket, arrive early the day of the event. Standby tickets will be released on a first-come basis depending on how many seats are available after ticket holders are admitted. Click here for more information about McEvoy Arts’ Box Office policies.

Let Us Speak Frog is an experimental music and multi-media performance. Responding to the Holocene extinction—the ongoing extinction event caused by human activity—electronic synthesizer duo Red Culebra uses generative composition to speak non-human languages and explore imagined ecologies. At this event, Red Culebra premieres their two-hour durational performance during which audiences will witness two musicians transform themselves, via sound, into flying snakes. Inspired by Indigenous mythologies and storytelling traditions, they enter alternative realms of space and time as they visit frogs throughout the world and attempt to apologize for human destruction.