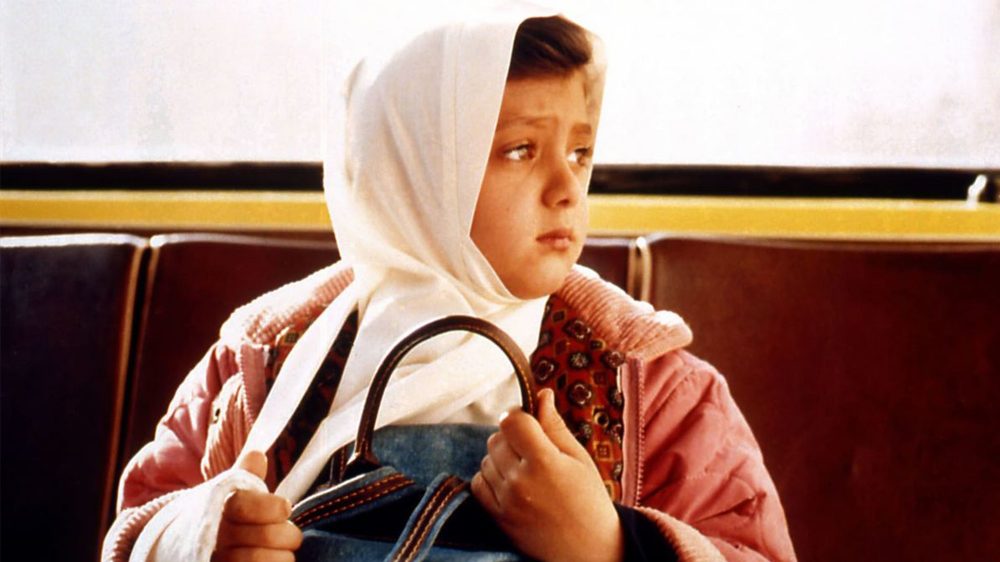 This program is an in-person screening at the Roxie Theater. Capacity is limited in accordance with current health guidelines. Visit roxie.com for more details.

In conjunction with the short film and video program Hearing Aids in McEvoy Arts’ Screening Room, guest curator Alison O’Daniel presents Jafar Panahi’s 1997 narrative film The Mirror that explores the interplay of imagination and reality. Like the films in Hearing Aids, The Mirror offers a multi-sensorial view of urbane life that complicates our relationship between the aural and the visual, introducing viewers to a spacious view of sound not always rooted in the ear.

When her mother is late to pick her up from school, first-grader Mina (Mina Mohammad Khani) takes matters into her own hands, navigating the public transportation and bustling traffic of Tehran on a precarious adventure of the everyday. Attempting to find her way home, Khani bumps against several sorts of characters. During a long bus ride, she pays particular attention to the behavior of women, observing a young couple’s loving glances, a fortune-teller advising a wife about her cheating husband, and an aged mother complaining about her neglectful children.

But what begins as a charming child’s-eye portrait of Iranian society soon reveals itself to be something even richer and more surprising, as Panahi turns the conventions of narrative filmmaking inside out. Like his previous film, 1995’s The White Balloon (with a script by Abbas Kiarostami), The Mirror takes the kid-on-a-quest genre prevalent in Iranian cinema in new and unexpected directions while painting a richly textured portrait of modern Tehran and the people who inhabit it.

The Mirror is co-produced by McEvoy Foundation for the Arts and the Roxie Theater in conjunction with the exhibition Next to You at McEvoy Arts.