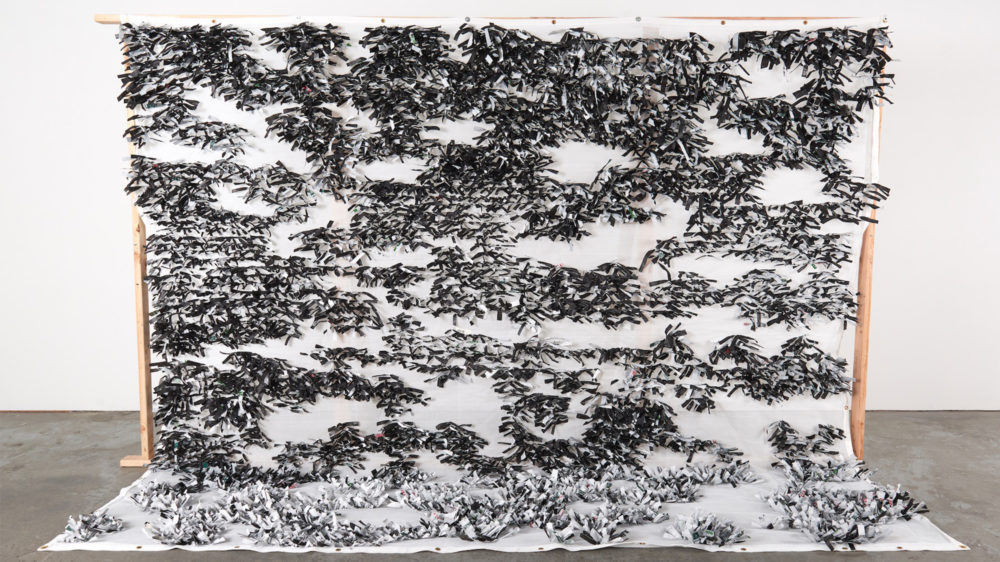 Take a virtual tour of the exhibition via Minnesota Street Project Adjacent.

“In this light and this silence…I listened to an almost forgotten sound within myself as if my heart, long stopped, were calmly beginning to beat again.”

In This Light honors the essential role that art and artists play in daily life and in confronting and recovering from this shared moment of uncertainty precipitated by the coronavirus pandemic. The exhibition presents new and recent work by four artists selected by McEvoy Arts from The Minnesota Street Project Studio Program at 1240 Minnesota Street—Miguel Arzabe, Alison Pebworth, Charlene Tan, and Richard T. Walker— that underscore the spirit of hope and transformation that comes from darkness. It is presented as a dedicated project space within Minnesota Street Project’s group exhibition Invincible Summer. All artists affiliated with The Studio Program were invited to apply for an artist fee and production funding.

The artists offer a mix of new work created during shelter-in-place, as well as pieces that were to be presented in exhibitions canceled by the pandemic and recent works that hold meaning to these new realities across a range of media. Both Invincible Summer and In This Light are informed by sections from Albert Camus’ essay “Return to Tipasa” (1953), which celebrate the feelings of hope and catharsis which arrive after a period of disillusionment.

The group exhibition draws all of the Project’s tenant galleries and their rosters of artists into a virtual and physical configuration for the first time since shelter-in-place orders took effect in March 2020. While the exhibition was originally envisioned in response to the shared experience of physical isolation and prior to current global protests in defense of Black lives, the artworks on view tap into a spirit of reflection, transformation, and renewed energy that resonates in multi-faceted ways. Together, the exhibitions celebrate artists’ abilities to conjure strength and resilience in troubling times.

In This Light is now available for live viewing by appointment at 1275 Minnesota Street through September 2020. It will debut on the new virtual exhibition platform Minnesota Street Project Adjacent soon.

In This Light is produced by McEvoy Foundation for the Arts and co-presented with Minnesota Street Project in conjunction with Invincible Summer.