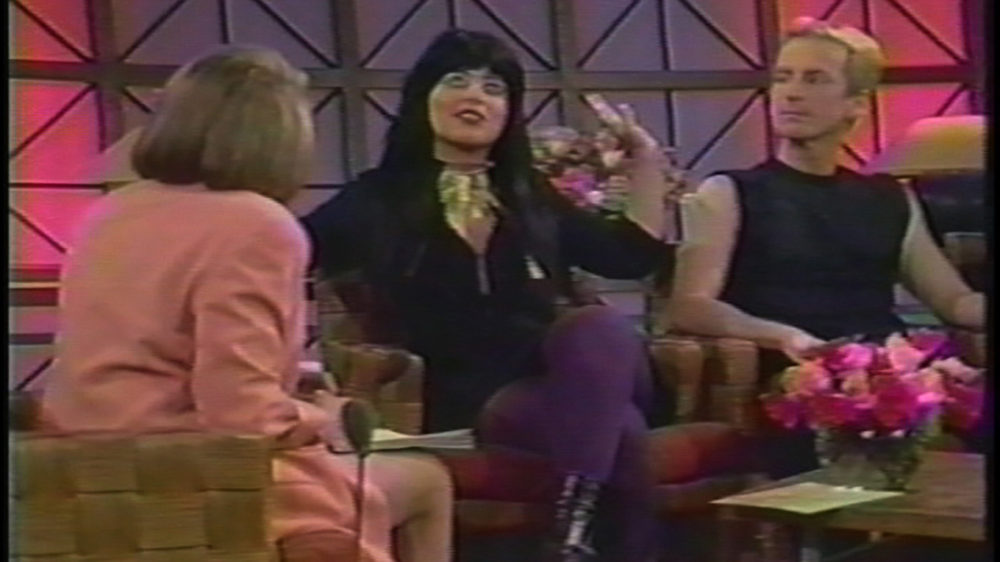 Since the 1960s, artists have used video to both the medium of television and appropriate its strategies to explore new approaches to art, filmmaking, and performance. By means of self-portraiture in playful parodies of commercial media conventions, the works in Introspections feature the artist as director, actor, and subject.

In Bjørn Melhus’ The Oral Thing (2001), the artist ventriloquizes sampled dialogue from The Maury Show, a syndicated television tabloid running since the early 1990s. The artist himself plays an evangelical talk show host, the guests (two infantilized and estranged sisters), as well as the scandalized studio audience. In Rosa Does Joan (1992), Nao Bustamante poses as an exhibitionist invited as a guest on The Joan Rivers Show, provocatively testing the credulity of the unsuspecting talk show host and public. Trisha Baga stages a one-woman lesbian sitcom, styled after Friends and Frasier, in There’s No “I” in Trisha: Season One (2006). Performing every role, Baga playfully calls out the typecasting of gender and sexuality norms in popular programming. William Wegman parodies both the self-seriousness of early video art as well as the desire for social acceptance promised by commercial products in his 1972 homemade TV ad, Deodorant. Yung Jake’s music video Unfollow (2014) digs into the traps set for romantic relationships conducted in the virtual public space of mobile devices and social media platforms.

Presented in conjunction with True Blue Mirror: Ellen Berkenblit and Sarah Braman (February 8 – May 4, 2019), the works in Introspections amplify the exhibition’s themes of pop-culture assemblage, the representation construction of identity, and the tension between the public and private spheres in the practice of making art.