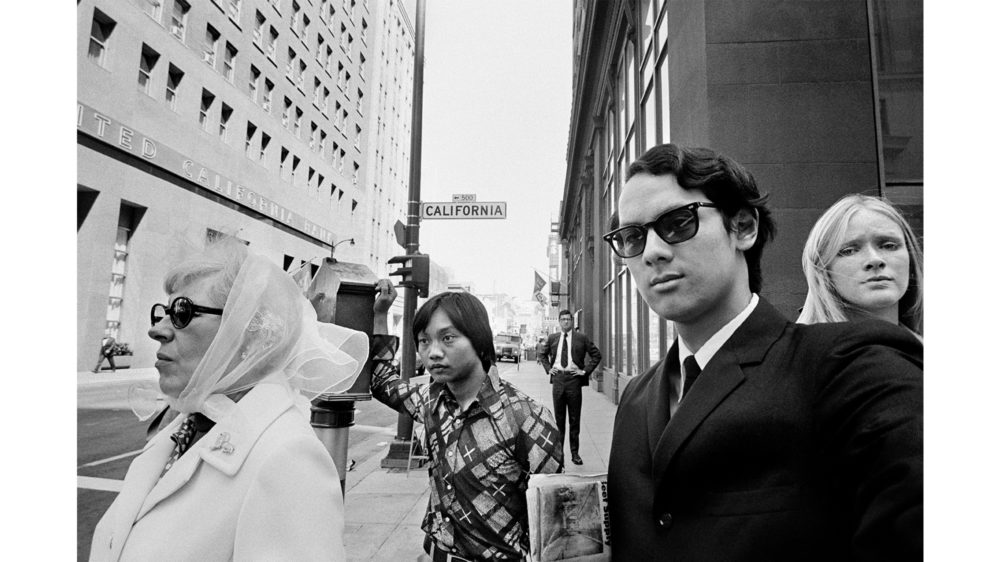 While Michael Jang has had a significant career as a professional portrait photographer, he has also been photographing people in the streets for over fifty years. As a student at California Institute of the Arts and the San Francisco Art Institute in the 1970s, he demonstrated an uncanny ability to capture both the idiosyncratic and the quintessential in a wide range of subjects, from his own family at home in suburbia to celebrities of the era partying at the Beverly Hilton.

Curated by Sandra S. Phillips, Michael Jang’s California is the first retrospective exhibition of the artist. It assembles dozens of vintage and contemporary prints as well as notebooks and ephemera from seminal encounters over the years. This survey presents a rare journey through Jang’s career, from his early student work in the 1970s to commercial headshots of aspiring TV weather reporters in the 1980s to his series on teenage garage bands in the early 2000s. A selection of works from the McEvoy Family Collection by Diane Arbus, Lee Friedlander, and Garry Winogrand situates Jang’s work among his major influences.

In conjunction with the exhibition, Who is Michael Jang?, the first monograph of Jang’s work, is to be released by Los Angeles’ Atelier Éditions this Fall.