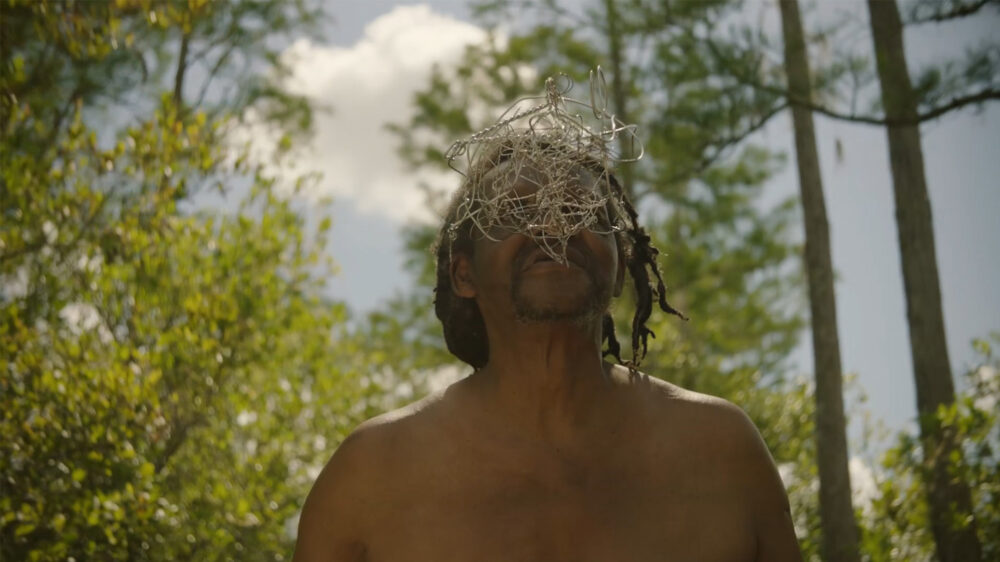 New Labor Movements is a collection of short films that explore contemporary visions of America and concepts of transnational Blackness. Through a compositional discourse that extends across four hour-long “movements,” the program navigates the philosophical, psychological, and emotional landscapes that manifest in the lives of slavery’s descendants and those living in the aftermath of slavery’s indirect, proximal effects.

Curator Leila Weefur organizes the program to consider the question of “What is America today?” as inspired by Lessons of the Hour, Isaac Julien’s immersive film and photographic exhibition on the life and legacy of Frederick Douglass. Evidenced in the selection of films are thoughtful articulations of movement that reveal the nuance of global political critique and a profound broadness of Black life across borders. The act of movement is a structurally fluid principle that shapes the program and its explorations of film construction and narrative; the distribution of labor and power; the trans-Atlantic movements of goods, capital, and people; and one’s movement through a gallery or in a theater. Taken together with the multi-sensorial, meditative qualities of Lessons, the program engineers a gender diverse, intergenerational dialogue amongst Black filmmakers that explores the creation of cinematic narrative and Black political history.

Movements I and II are on view continuously in 2020. Movement III is on view in the Screening Room in 2021. Movement IV is screened as an online-only presentation in February 2021.

New Labor Movements is guest curated by Leila Weefur. The program was commissioned on the occasion of the West Coast premiere of Lessons of the Hour at McEvoy Arts.