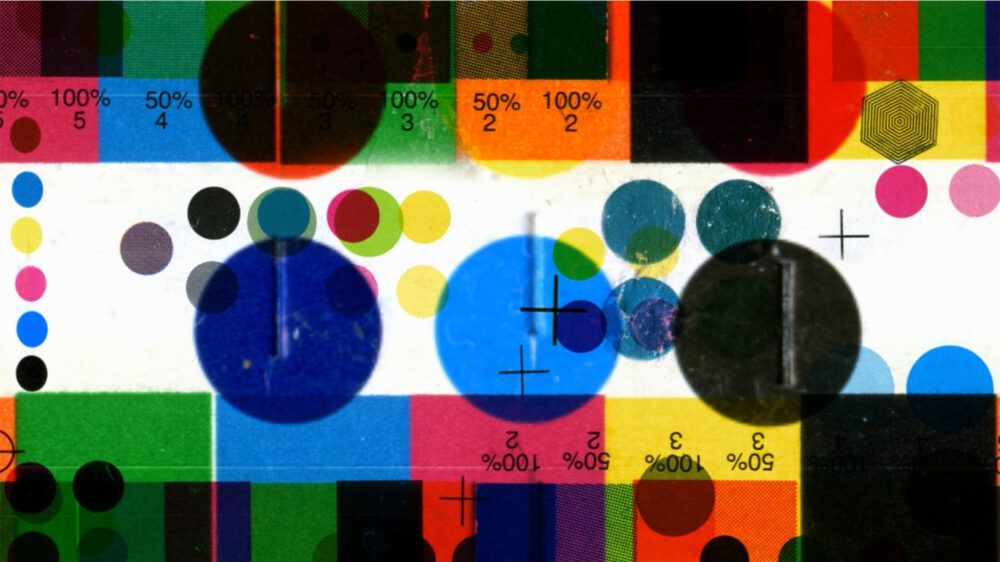 Visible Light studies how the relationship between light and color, joined naturally within the human eye, is reconstructed mechanically through film. The short films in the program reveal processes of color representation via the cinematic medium, either as a frenetic physical property or as a serene phenomenon.

The program is split into two parts which run sequentially on a loop. In Aberration, a variety of physical and photochemical experiments dissect the chroma of light, exploring the process of shifting spectrums and the perversion of color representation. In Meditation, the colors on the screen invoke contemplation and a renewed sense of seeing that stems from the artists’ hues, moods, and expressions.

Visible Light is guest curated by the Exploratorium’s film curators Sam Sharkland, Liz Keim, and Kathleen Maguire. The program is presented in conjunction with Color Code, the concurrent exhibition that celebrates the many ways that artists use color in their practice.

Visible Light is guest curated by Sam Sharkland, Liz Keim, and Kathleen Maguire. The program was commissioned on the occasion of the exhibition Color Code at McEvoy Arts.