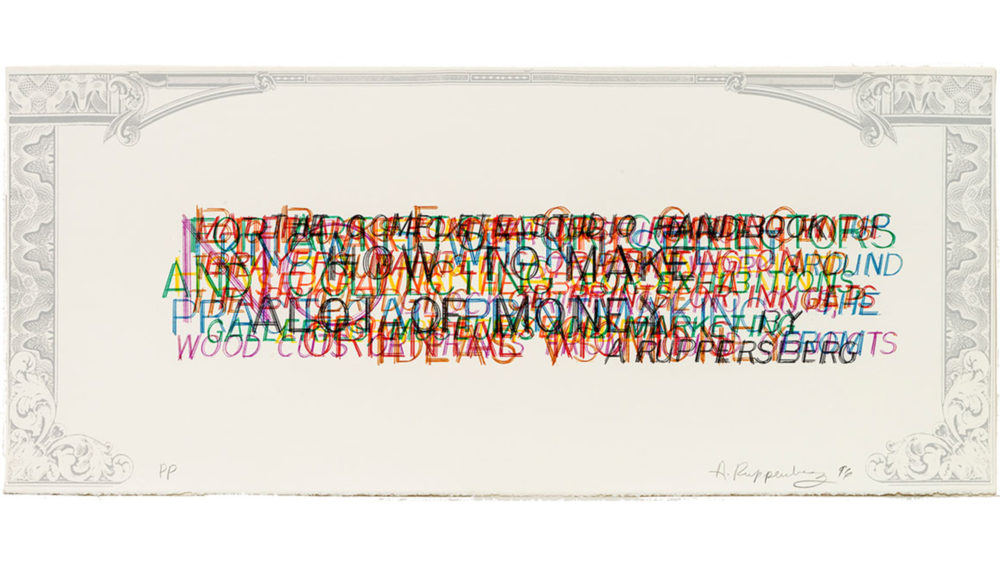 What is an edition, anyway? is the Bay Area version of an exhibition of the same name co-curated by Cvikota and Susan Tallman for Chicago’s Mana Contemporary in 2018. For this iteration, or “edition,” artistic approaches in photography, performance, illustration, technology, and installation further explore the notion of an edition as an idea reproduced in limited quantities.

Featuring limited-edition artists’ books, prints, album covers, film ephemera, and other objects dating from the mid-20th century to the present, the exhibition provides a historical context to editions-based practices while engaging six contemporary artists to contribute creative projects that reflect their personal interpretations of the concept. Themes of politics, ownership, authenticity, sampling, distribution, creative autonomy, and empowerment run strongly through the presented objects and artworks.