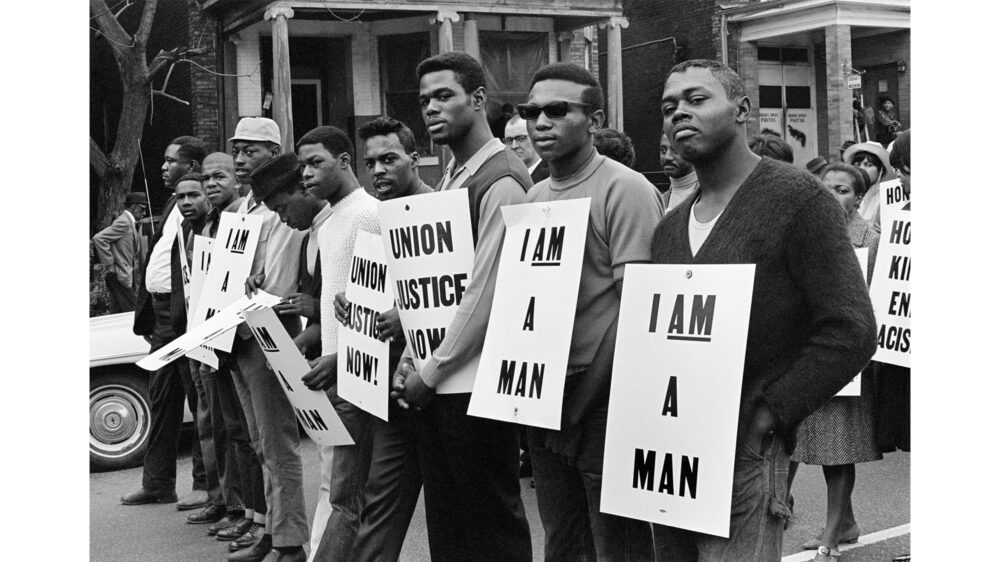 This exhibition of photography from the McEvoy Family Collection, on view within Lessons of the Hour, is organized chronologically from 1935 to 2015. This temporal sequencing foregrounds the long struggle of social justice movements and connects the viewer to both celebrated and ephemeral moments with works such as Dan Weiner’s Bus Boycott, Montgomery Alabama 1956, Griselda San Martin’s Untitled (from the Wall) (2015), and Annie Mae Merriweather (1935), Consuela Kanaga’s classically composed portrait of a woman mourning the loss of her husband who had just been lynched. The timeline ends with Ruddy Roye’s Black Today (2015) from his When Living is a Protest series. All the images find echoes in the life and work of Frederick Douglass. And, as the Black Lives Matter movement reminds us, the struggle continues.