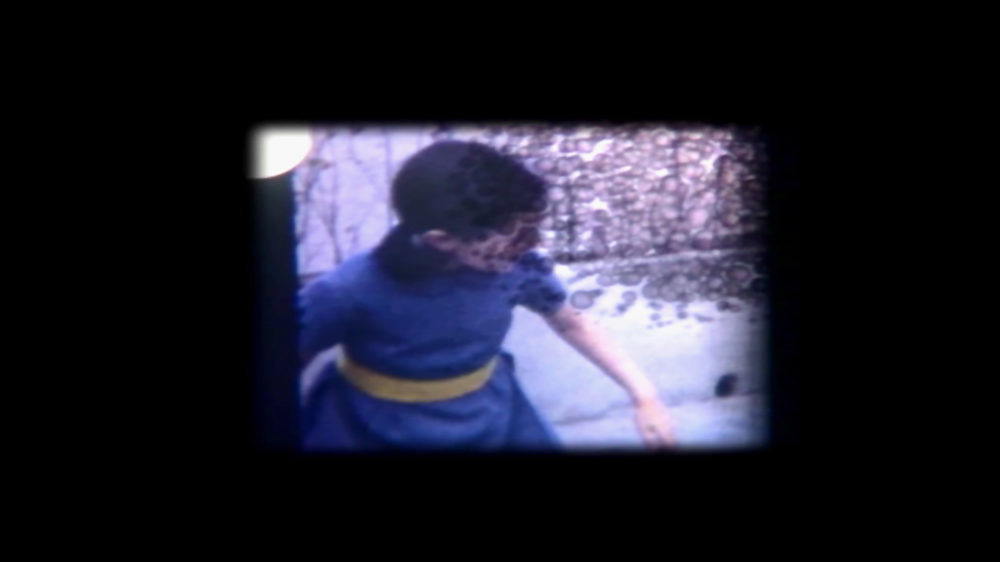 Pere Ginard: I am an illustrator and filmmaker based in Barcelona (Spain), which is where I am confined while answering these questions. And I think I can describe myself much better by listing my three eternal artistic references: filmmakers Jan Svankmajer and Stan Brakhage, and author/illustrator Edward Gorey. Even COVID-19 has not changed that.

PG: It’s an important film in my career. I usually get a lot of inspiration from literature when making a film and I like to make versions of novels or stories, reinterpretations, etc., but in this one, I went a little further: I directly vampirized a silent film and slowed it down and imagined very slow-motion metamorphosis would be like…like the digestion of a snake. And then there is sound design: this is one of the first films in which I begin to take the narrative potential of sound very seriously, so much so that in this film, sound is often more present than image.

Subjects such as transformation, reinvention, uncertainty, doubles (and by extension the sinister and the weird), are subjects that undoubtedly are part of my interests and obsessions…

PG: I read Virginia Woolf’s novel many years ago, and for me it is her most interesting work (I will never forget how she narrates the transition from the 18th to the 19th century). I saw the Sally Potter film much later and I must admit that I remembered very little: I took advantage of being part of this project to review the film.

PG: Subjects such as transformation, reinvention, uncertainty, doubles (and by extension the sinister and the weird), are subjects that undoubtedly are part of my interests and obsessions, but always from a much more phantasmagorical point of view. Let’s say that my approach to all these themes is much more poetic than social.

PG: Within the context of the program and the exhibition, suddenly my film seems to me much more linked to a current social issue than ever. It is strange and at the same time nice to see how the perception changes.

SP: How are you coping with the current public health crisis? How has it impacted your approach to art making?

PG: After the first days of confusion and daze, I have become accustomed to a new routine—much calmer, quieter, and more intimate—that I am really enjoying. The projects that come out, even without intending to, reflect this reflective state and focus on the small: series of tiny drawings, small animations of microscopic beings. I suppose that, unconsciously, this recent work is influenced by the constant medical news that we are all consuming these months.

PG: David Toop’s essays, and especially his book Sinister Resonance: The Mediumship of the Listener (2010). His reflections on music, sound and literature are fascinating. Packed with cultural references of all kinds, Toop’s essays contain a thousand books in one.

Pere Ginard is an illustrator, filmmaker and alchemist. He was the co-founder and member of the multi-disciplinary studio Laboratorium for over ten years. His specialty lies in experiments with perpetual motion and variations on Lumière’s prototype.