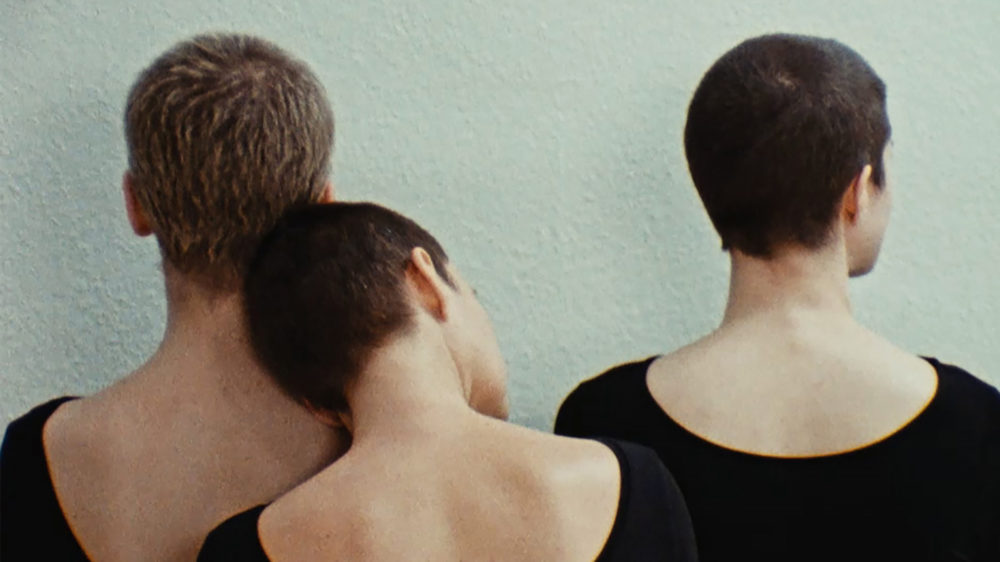 Antoinette Zwirchmayr: I have been isolated for about five weeks in the country, in a wine region in Austria, from which I can constantly observe Spring developing. My family has a house here, which we have been renovating for eleven years and is still far from finished. It is a versatile place. We have an outdoor kitchen, weeping willows and a fireplace. There is always something to do here. In the last few weeks I had the idea to write a script just for this house: the house as a starting point for a story.

AZ: Jean Luc Nancy was my first commissioned work. An Austrian museum and a festival gave me a complex two-page concept for an exhibition, some money and very little time. I was kind of irritated by this approach, and in the end they didn’t even integrate the film into the exhibition. I was under a lot of pressure and I started thinking about the outside all the time. The question “will they like the film?” was always floating in the room. This thought is deadly for the artistic process. You should always think the opposite: “Let’s hope they don’t like it!” Unfortunately, we all become so accommodating, we all want our work to be loved. But to return to the film, I have to say that I have become very fond of it. And I would never have made it, if the circumstances hadn’t been the way they were. So, in hindsight, I am grateful for everything.

Life as an artist is so uncertain and unstable. Every day, every year is different. You always have to keep busy and drive yourself, because nobody else does. You’re never used to a lot of money or other conveniences and in times like these, that can be an advantage.

AZ: The invitation to this program was special in the sense that I have been working for several years with the writer Angelika Reitzer on a script for a feature film called I am my hideaway. We wrote the screenplay for Tilda Swinton from the very beginning. Of course, we know that she will never play the role, but she helps us imagine the main character. It is a feature film script for a sci-fi movie. It’s very uncertain if this film will ever be realized.

There is another temporal connection to the exhibition. A few months ago, the FIRST full-length work by a female composer was performed at the Vienna State Opera. The piece was Orlando. I was very disappointed that I could not see it. There were conspicuously few performances, and the tickets were expensive. It was a great spectacle and there was an exceptionally large media response. The conservative opera audience reacted with outrage, of course. The fact that it took so long for a woman to get such a commission is revealing—it shows, once again, how far we are from an equal society.

AZ: The current situation is particularly challenging for all of us. Nevertheless, as an artist one is equipped with certain survival strategies. Life as an artist is so uncertain and unstable. Every day, every year is different. You always have to keep busy and drive yourself, because nobody else does. You’re never used to a lot of money or other conveniences and in times like these, that can be an advantage.

AZ: Probably the most impressive pieces I saw last year were Bakchen, a theatre play directed by Ulrich Rasche and two dance pieces by choreographer Anne Teresa De Keersmaeker. And there was a performance by Meg Stuart. Terrific! These are rare moments when you are in the theatre and wish it should never end.

This crisis has shown me personally very clearly how important art is. I go to the theatre and cinema a lot. Often, I just took it for granted.

Antoinette Zwirchmayr was born in 1989 in Salzburg, Austria and studied at the Academy of Fine Arts Vienna. Her works have been featured internationally at festivals such as Berlinale and The Hong Kong International Film Festival.