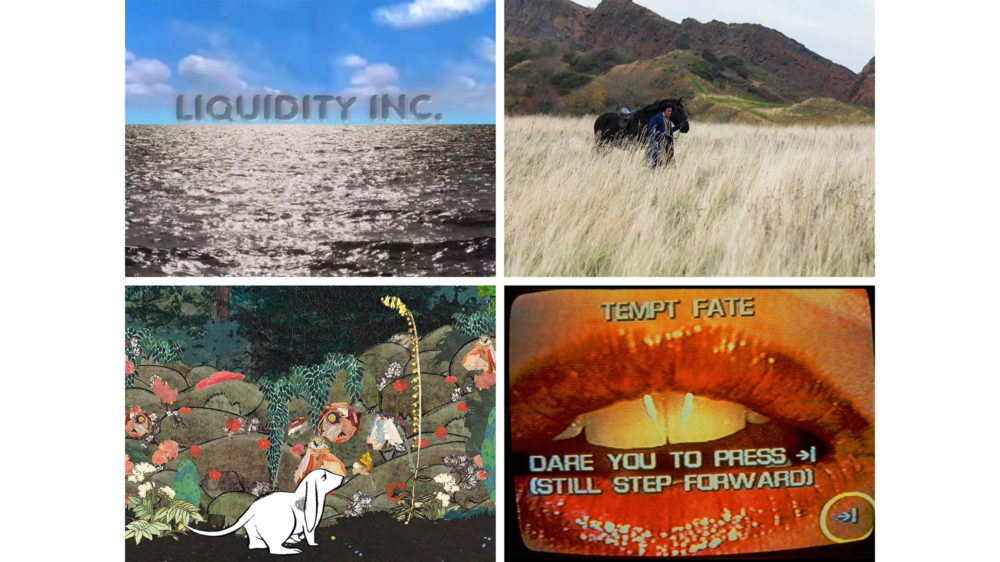 T: The New York Times Style Magazine sits down with artists Isaac Julien and Lynn Hershman Leeson to discuss the role of moving-image artwork in the era of coronavirus. Julien’s exhibition Lessons of the Hour opens at McEvoy Arts in October 2020. Hershman Leeson’s photographs are currently on display in Orlando. Read the full article at the link in the sidebar. Excerpts are presented below.

When coronavirus shuttered just about every gallery in the United States and confined many to their homes, museum curators and dealers had to improvise. Overnight, the only way they could show art was digitally. In some cases, this meant posting photos of paintings or using cameras to offer 360-degree virtual tours of exhibitions — to varying degrees of success. But then there were the works that were designed to be viewed on a screen, which have enjoyed a sort of a renaissance.

On many Friday nights since April, the Whitney Museum of American Art in New York has streamed video art by Alex Da Corte, Juan Antonio Olivares and Adelita Husni-Bey, to name a few. Gagosian Gallery staged web shows with moving-image work by artists including Ed Ruscha and Douglas Gordon, Metro Pictures hosted a digital film festival over more than a dozen weekends, and the artist Nina Chanel Abney curated a two-week run of pieces by Tiona Nekkia McClodden, Solange Knowles and others at Brooklyn’s We Buy Gold. Pittsburgh’s Carnegie Museum of Art launched an online exhibition series with “Lake Valley,” a 2016 cartoon-collage animation by Rachel Rose that follows a rabbitlike animal as it explores an enchanted world, seeking community. “Two-dimensional work or sculpture all comes out a bit flat on social media,” says the filmmaker Isaac Julien. “I’m not saying people can’t sell works. They do, in fact. But I think the moving image — it becomes its own form. It’s not really compromised.”

Since its emergence in the 1960s, it’s video art that has typically been harder to present and sell and perhaps to take in, too, often requiring time and patience of its viewer. When pioneers like Bruce Nauman, Vito Acconci and Joan Jonas wielded cumbersome cameras in the 1970s to make scrappy, poetic or otherwise bizarre tapes intended for gallery display, the prominent dealers Leo Castelli and Ileana Sonnabend started a service to rent and sell them. It never turned a profit. However, as production values increased and minds opened in the 1980s and ’90s, stars were minted: Bill Viola, Matthew Barney, Pipilotti Rist and Christian Marclay were among those to see their work sold in limited editions and featured in major museums and international biennials, just as that of Ryan Trecartin, Arthur Jafa and Martine Syms has been more recently.

But even in 2020, with screens glowing all around us, video art remains a relatively niche field. It is still rare, for instance, to come across a figure like Julia Stoschek, a German collector who focuses exclusively on multimedia and video. When the art spaces Stoschek runs in Berlin and Düsseldorf, Germany, were closed in March, she collaborated with artists and technicians to upload more than 70 works from her 800-some-piece collection online. Her aim, she says, is “to make it accessible for everyone, all the time, everywhere.” Eric Crosby, the Carnegie’s director, feels similarly, saying that a lesson from lockdown is that “audiences should be able to encounter art regardless of whether our museum doors are open or closed.” Their comments underscore the diffuse and potentially democratic nature of video art in comparison to, say, oil painting.

At the same time, readily available offerings raise questions about where exactly video art should live, and how its future might be shaped. Is its star turn on the web a sign of things to come, or just a momentary detour? Here, four video and digital artists talk about working during the pandemic and share thoughts on the field as a whole.

After having a solo show at Jessica Silverman Gallery in San Francisco cut short because of shelter-in-place orders, Isaac Julien, 60, was working in Santa Cruz, whose University of California branch is home to the Isaac Julien Lab. Known for sumptuous videos centered on radical histories, which he releases in multiple formats, from single-screen cuts to immersive multiscreen installations, Julien is scheduled to have a show at the McEvoy Foundation for the Arts in San Francisco in the fall.

Filming would be impossible right now. Maybe the gods were looking down on me in 2019, because I had the kind of mad intention of making these two gigantic projects — “A Marvellous Entanglement,” on the architect Lina Bo Bardi, and “Lessons of the Hour,” on Frederick Douglass — and I did. That has meant that 2020 has been the kind of year with more exhibitions and my making single-screen versions of work, so a time when it’s more postproduction. If I had not done that, this would be very disruptive. There really are some things you can continue doing while social distancing, and there are some things that you cannot.

And yet, we’re seeing this flourishing of video art and media works on social-media platforms. I participated in this Metro Pictures film festival, which I think was really successful. I really enjoyed seeing “Baltimore” [his 2003 short starring Melvin Van Peebles] during that time, and it was great to be able to post about it on Facebook and Instagram, to have all the responses to the work. I realized that a lot of the video artworks that one makes — they become, in a way, connected to the time when they were made. People have the memory. But it’s great to be able to redistribute them on social-media platforms and to introduce the work to new audiences. Viewers were really excited, and this made me think about the possibility of how those works could live in a different capacity. When we have an exhibition of work showing in a museum, maybe we can have a single-screen version on social media simultaneously and think about both platforms as exhibition spaces.

What was good about the festival was that you got excited about who was going to be the next artist, and then you looked at the films, and you had time to look at them, and you could really learn things. Since then, other works of mine have been shown at special events. For example, in Brazil, the Goethe-Institut in Salvador showed my Fanon film [“Frantz Fanon: Black Skin, White Mask” (1995)] — it was just on for 24 hours, and it was watched by over 37,000 people. We kind of couldn’t believe it when the figure came out. Funnily enough, the Fanon film was also showing in an exhibition in Singapore, and they showed it online, too, and some friends from Germany saw it. So you have this internationalization of the platform, of different people watching different works.

This kind of lit the fuse. I got approached by lots of other institutions and museums, and I thought to myself, “OK, hang on here a minute. I think I might stop and think about it a little bit more, because maybe we can do it ourselves, in the studio.”

For more than half a century, the San Francisco-based Lynn Hershman Leeson, 79, has released feature films, cross-disciplinary scientific endeavors, interactive videos (like 1979-84’s “Lorna,” which concerns an agoraphobic woman) and web projects such as “Agent Ruby” (1998-2002), a chatbot with artificial intelligence that can converse with internet visitors. A survey of her work at the New Museum in New York has been postponed because of the pandemic, though she is currently developing what she calls “an occultish online game.”

I probably have more time to work now because usually I run around a lot. In the past few months, I was able to finish a lot of projects I started in the ’60s. I’m doing calls on Zoom, which I didn’t have before, but my practice hasn’t changed all that much because these things do take a long time to develop. I have the luxury of staying home and being able to commute digitally, which is something that Nam June Paik talked about — how we’re becoming stationary nomads. He talked about that in the early 1980s, going all around the world without leaving your house.

I started a project called “Agent Ruby” in 1998, and nobody knew what to do with it, and I finally gave it to SFMOMA because I couldn’t afford her upkeep on the net. I was told that the piece is the most-visited artwork in their collection. What really astounded me, because we did an exhibition of it in 2013, was that you do these things on the internet and they never die. The museum had collected something like 80 tons of global responses that became a portrait of what the world was thinking about all of these years.

One of the things I want to do when I have my next museum exhibition — and I don’t think that any museum can afford to not do this — is really design a way it can be seen online. I think that there are ways that we can design almost telerobotic surveillance systems that allow you to see works better — really going into the piece and being able to understand it and see details of it. I haven’t seen anybody, any museum, take advantage of the possibilities of how a work can be seen online. The viewer needs to be in control of what they’re seeing and have access to the tools that will allow them to do that. The way that museums have been portraying exhibitions is that they’re in control. They let you fly through a gallery, but they don’t let you stop or go into something to understand it in a more tactile way.

Artists use the tools of their time and if, for instance, people who were shooting in 8-millimeter or 16-millimeter then want to convert it to video or maybe a form that may last longer, it’s not the same piece. It doesn’t look the same, it doesn’t feel the same. You don’t breathe the same way when you watch it. The light is different. We actually took “Lorna” from LaserDisc and migrated it to a DVD just because it could be shown that way. We have the original in an archive, but I kept all the mistakes in — I wanted it to look like it was made then. I think glitches are the key to discovery. They’re underrated.

These interviews have been edited and condensed.