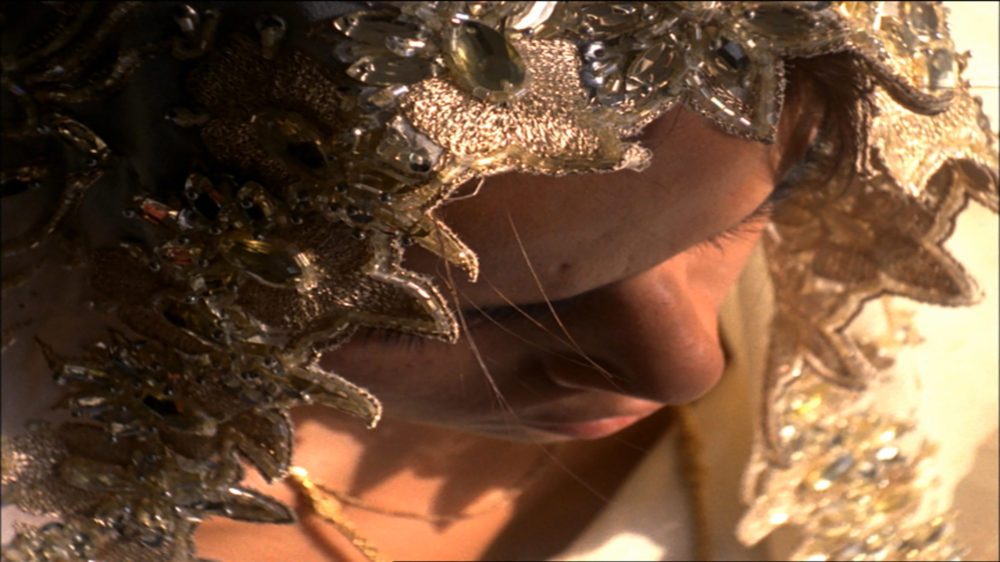 Rajee Samarasinghe: My name is Rajee Samarasinghe, writing from California. I am a filmmaker currently working on a feature documentary called Your Touch Makes Others Invisible which examines tortured interactions between the Tamils and the Sinhalese in the aftermath of the Sri Lankan Civil War. I also have a new short film called The Eyes of Summer which was released earlier this year and has to do with my mother’s interactions with spirits during her childhood.

RS: The Queen of Material is one of my earliest films and I see traces of it in a lot of my subsequent work. It demonstrates, in it’s very brief runtime, a lot of my curiosities as a filmmaker in terms of hybrid forms and exploring certain aspects of Sri Lankan culture.

RS: I have no prior relationship to the book nor the film adaptation, though I like the idea of exploring these works after the fact especially (perhaps unfairly) in relation to my own piece. I am, of course, familiar with those artists and have tremendous admiration for their work—I’ve been a Tilda Swinton fan forever!

RS: These concepts certainly do speak to The Queen of Material and some of my other work like everyday star, for example. Often my works reveal themselves to me later in the process of creation, so these are themes I obviously care about innately and that pop up constantly throughout the things I make.

RS: I think it’s unavoidable to not see my film through the scope of this program or any other program it’s in. The Queen of Material remains an inherently mysterious piece to me. I made it with the intention of not knowing too much about it. I started with the idea of creating a world using what I felt were the primary rhetorical devices in cinema: the portrait and the landscape—though in making landscapes out of saris that also reflected inward. So, over the years, works around the piece have certainly clued me into its inherent mystery but it still remains elusive and perhaps these clues are better left unsaid.

SP: How are you coping with the current public health crisis? How has it impacted your approach to art making?

RS: I just feel extremely lucky to have the basic things I need to survive like food and shelter. I should be editing a new short film of mine but I haven’t felt the urge. I’ve been more engaged with other people’s art and simply reflecting on my own practice. Though I hope to get back into it sooner than later.

RS: Very recently, This Is Not a Burial, It’s a Resurrection by Lemohang Jeremiah Mosese and films and writing by Kathleen Collins. Quarantine honorable mentions to Moving On by Yoon Dan-bi, Prisoners by Denis Villeneuve and The Strange Case of Angelica by Manoel de Oliveira.

Rajee Samarasinghe is a filmmaker born and raised in Sri Lanka. His work tackles contemporary sociopolitical conditions in Sri Lanka through the scope of his own identity and the deconstruction of ethnographic practices.