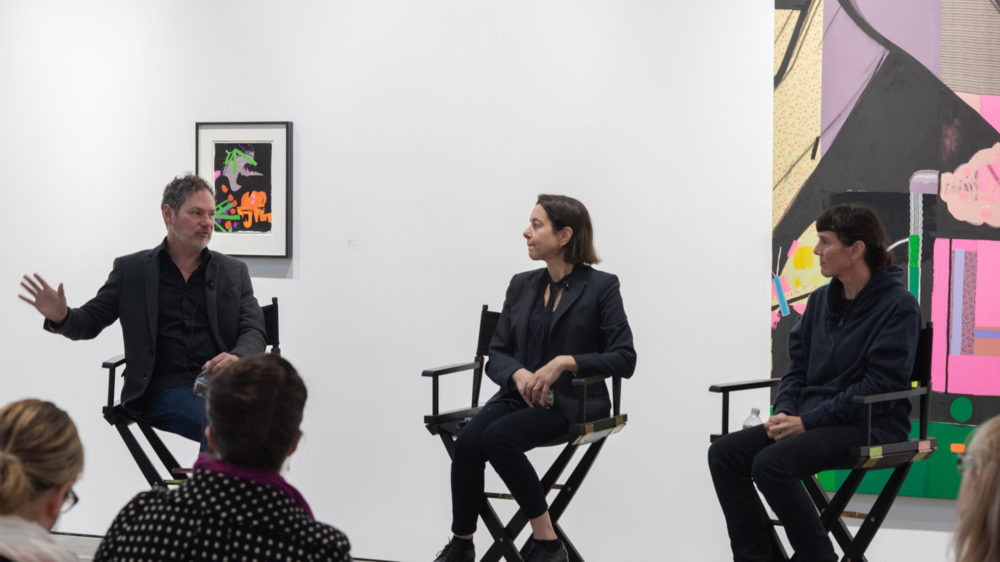 In addition to helping build the McEvoy Family Collection and curating several exhibitions at McEvoy Arts, Kevin Moore is artistic director and curator of FotoFocus in Cincinnati, which plans to distribute the funds from its recently canceled 2020 edition as artist grants instead. In the latest installment of McEvoy Arts Picks, Moore shares some of his current cultural touchstones and thoughts on the health crisis’s impact on art from home in New York.

The backdrop of an appallingly cruel political regime (the 1968 Soviet invasion of Czechoslovakia) incites all kinds of struggles and conflicts in the lives of the main characters, yet the section I fixate on mostly is the final chapter, when Tomas and Tereza retreat to the country and find contentment outside the crushing political circumstances.

The Plot Against America by Philip Roth
Boston: Houghton Mifflin, 2004

We must find some sort of pleasure in imagining the worst—or maybe it’s instructive and contributes to a sense of preparedness. The Jewish family’s vacation to Washington, amidst a fictionalized fascist insurgence, is harrowing and upsetting for its sense of immediate probability.

This great German television series is like a primer for today’s political struggles, showing a previous generation of extremist factions on both the Left and the Right, spurred on by greedy capitalists and ex-military egos, duking it out in the streets, requiring the police and the journalists to try to maintain a reasonable, central order. The other great thing about the show—besides the acting, the costumes, the musical numbers—is the reminder of the abject suffering, caused by war, poverty, and all kinds of social discrimination people endured between the World Wars. We’ve no idea today.

The Order of the Day by Éric Vuillard
New York: Penguin Random House, 2018

I’ve been rereading parts of this novella Nion [McEvoy] recommended a couple of years ago. It’s an improbably light-hearted, almost comical treatment of Hitler’s invasion of Austria in 1938, revealing both the corporate-industrialist backing and charismatic buffoonery that almost destroyed democracy that other time, not so long ago. It pairs nicely with Timothy Snyder’s On Tyranny: Twenty Lessons from the Twentieth-Century, if you want a “lite” weekend crash course in fascist history.

Because I’m working on a show with Tony for 2022. This richly mysterious catalog, produced by the LUMA Foundation, features Tony’s vast and eccentric collection of vernacular photographs, including ephemera depicting the occult, fake mediums, spirits, UFOs, and other forms of irrational, pseudo-scientific (ultimately anti-scientific) imagery. We’re both struggling at the moment with how to position and talk about such work in an era of denigrated science and dangerous “mind control” of various kinds.

McEvoy Arts: What’s been most striking to you about the impact this moment is having on the making, presentation, and consumption of culture? How do you see it evolving in the weeks, months, and years to come?

Kevin Moore: After the mounting terror and frenzy of the past few years, it is in some ways a welcome relief to have just stopped everything. The sensation, at its most pleasurable, is a feeling of reconnection to self and earth, like one experiences during a relaxing vacation. Yet at its most uncomfortable, it’s an awareness of suspended animation, of being tossed up in the air and waiting to fall to earth. So I’ve been having some admittedly fractured and dark experiences with books and films, revisiting passages from old favorites and relying heavily on the example of history to orient myself in this new—though not so new—historical context.