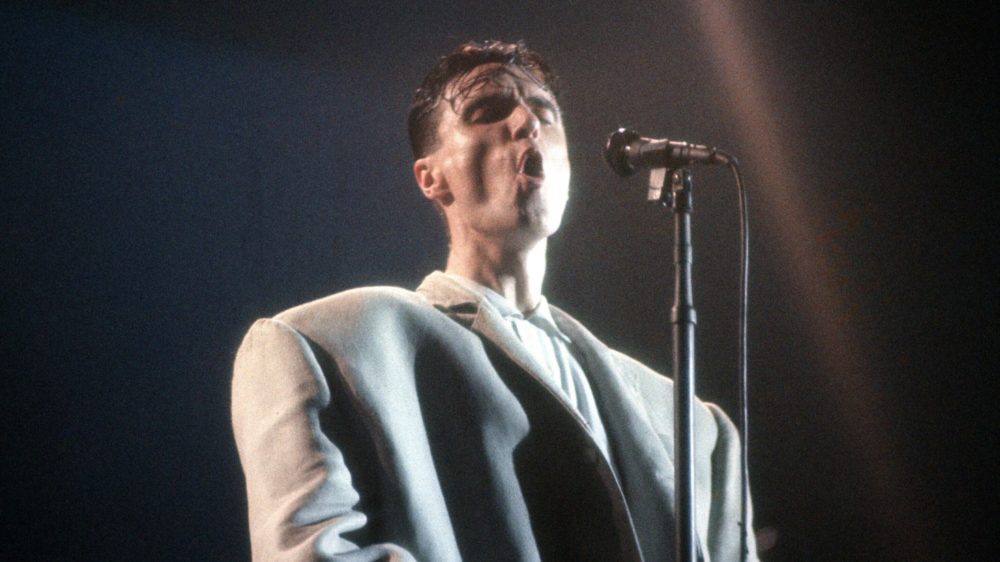 With all of us spending more time in front of our screens, this recommended list of what to watch compiled by the McEvoy Arts staff will help you make the most of your leisure hours.

Woman in the Dunes
Hiroshi Teshigahara, 1964

Hiroshi Teshigahara’s masterpiece bridges themes of existentialism and isolation with a Zen-like sense of being and composition.

The great Talking Heads early-eighties concert film, directed by Jonathan Demme (Silence of the Lambs) features the brilliant nerdy art-rock band with Bernie Worrel of Parliament Funkadelic and other funky players. If you feel stuck in your home, “Naive Melody” will comfort you, and “Burning Down the House” will expand your horizons and set you free.

(One of) the German auteur’s masterpieces is an American road movie of astonishingly intimate proportions that remains unparalleled in its romantic, nostalgic depiction of life in the small corners of the United States. It also features the greatest socially distanced conversation ever captured on celluloid. Come for Robby Müller’s haunting landscape cinematography and Sam Shepard’s sparse screenplay, stay for Ry Cooder’s iconic original score.

The Guggenheim’s 2019 exhibition Hilma Af Klimt: Paintings for the Future will go down as the exhibition I most regret not visiting in person during the last decade. At least I can experience this new documentary on the abstract pioneer as part of the Roxie Theater’s Virtual Cinema.

In these quarantine days, I’ve been thinking a lot about the intense grief and uncertainty that accompanied post-9/11 and the things that provided comfort and stability during that time. I moved to New York City to start a new job downtown a few short weeks before the attacks, and the record store Other Music, around the corner from my Broadway office, became a safe haven on lunch breaks and after hours in the weeks, months, and years that followed. I immensely enjoyed this love letter to a place that meant so much to so many people. I can’t wait for the time when we will have the solace of coming together again around music, art, and community. Until then, you can rent this gem online and 50% of your dollars will go to support your fave local record store or theater.

Brooklyn-based Light Industry is screening a different film every week on their Patreon page where you can support this amazing independent venue for film and electronic art. Founded in 2008, the brilliant Thomas Beard and Ed Halter created a space (sometimes with no space at all) at the intersection of all forms of the moving image, merging the worlds of contemporary art, experimental cinema, and documentary filmmaking. At the heart of their work is an extreme care of how film, in its many alternative modes, is presented, discussed, and shared. They have blown my mind more than a few times over the years and taught me most of what I know about experimental film today. Please check out and support their program. You won’t regret it.

Joanna Hogg started making experimental films with a Super 8 camera borrowed from Derek Jarman–a life-force of an artist who supported and informed the work of innumerable contemporary artists. This film features Tilda Swinton and her daughter, playing mother and daughter and tells the story of the earnestness of failure in first love and art-making.

A dry and dark comedy that explores a variation on the Book of Job through the story of a possibly cursed physics professor in 1960s Minnesota and the assimilation of Jewish-American identities.

“Are you allergic to the 20th Century?” Eerily full of parallels to the present, Safe probes the porous boundaries between individual and cultural affliction, featuring Julianne Moore grappling with a mysterious and chronic malady. Her brilliant performance somaticizes the heavy anxiety lurking beneath a dazzling 1980s Los Angeles, and the film maintains an ambiguous and unsettling tension all the way to self quarantine. Reviewed here in The New Yorker.

From the McEvoy Arts Archives

Lynn Hershman Leeson’s genre-bending film tells the bizarre true story of how professor and artist Steve Kurtz’s personal tragedy turns into persecution by a paranoid and overzealous government, echoing strains of uncertainty and discord in society’s current moment. Streaming through Sunday, May 3 in partnership with the Roxie Theater.

Drawing its title from the Hopi word meaning “life out of balance,” this renowned documentary reveals how humanity has grown apart from nature. Featuring extensive footage of natural landscapes and elemental forces set to a score by Philip Glass, the film ultimately gives way to many scenes of modern civilization and technology.

One of the most immersive and rarefied experiences in the history of cinema, Andrei Tarkovsky’s Stalker (1979) embarks on a metaphysical journey through an enigmatic post-apocalyptic landscape. At once a religious allegory, a reflection of contemporary political anxieties, and a meditation on film itself, Stalker envelops the viewer by opening up a multitude of possible meanings.