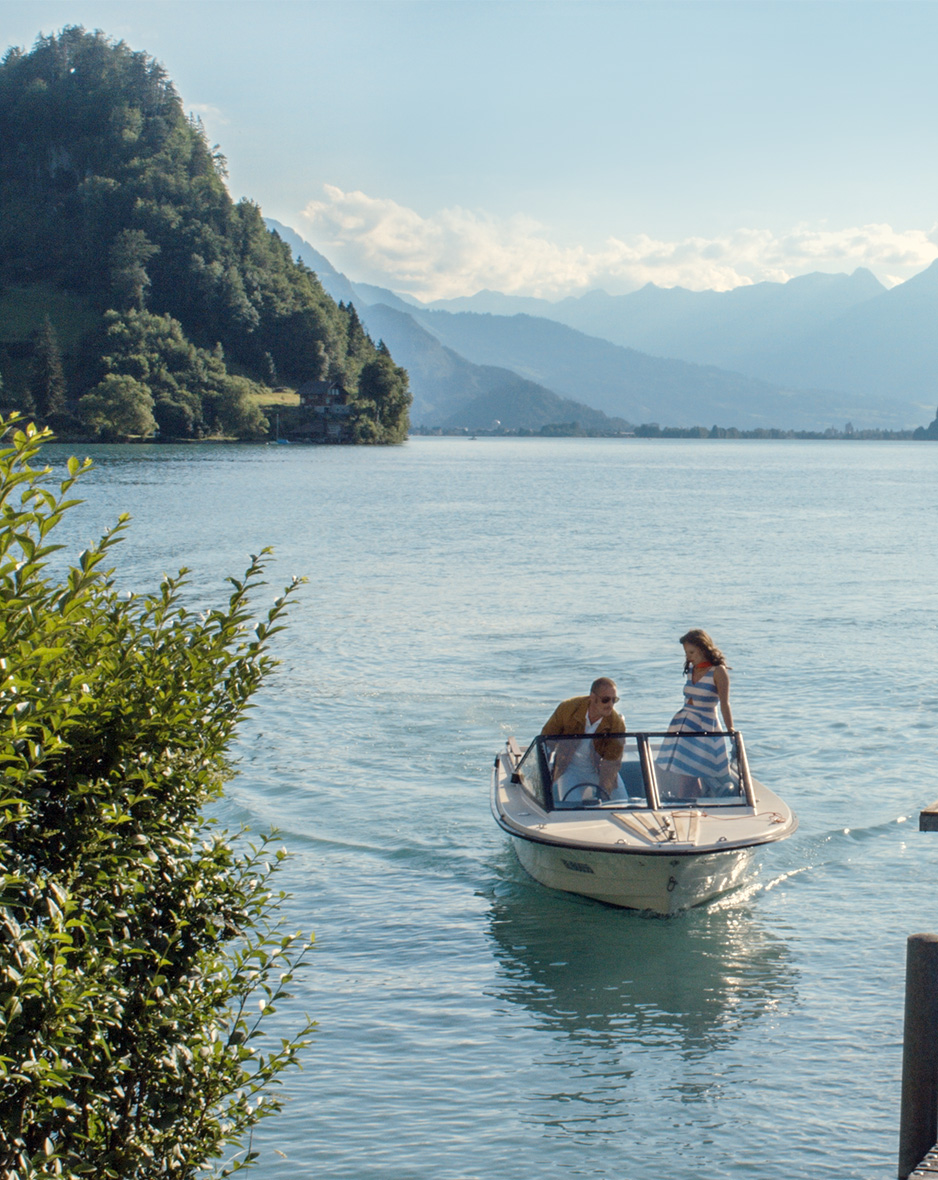 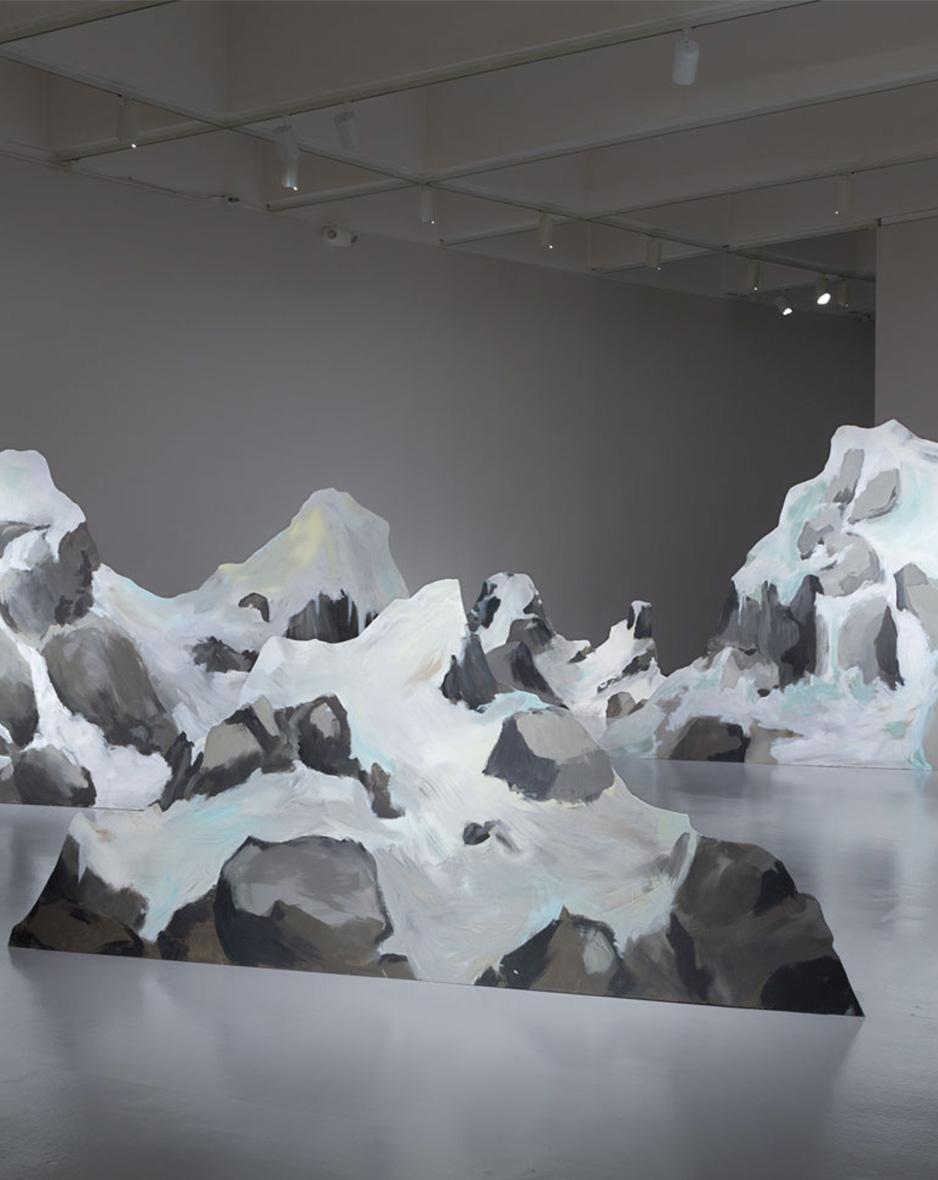 Scenes from Western Culture (2015) is a nine-screen installation of videos, each depicting a faintly absurd and occasionally ominous vision of Western daily life. A well-groomed dog lolls next to a grandfather clock ticking in a comfortable home in Iceland. A bored couple chats over dinner in a gilded New York restaurant. A cottage burns to ashes in a Swiss forest. Presented as cinematic paintings, the videos vary in length and play on an endless loop. As time passes, the ordinary scenes become increasingly eccentric.

“My series of video works titled Scenes from Western Culture is really an homage to Watteau. He depicted with warmth and nihilism the joy of life and the overwhelming meaninglessness of it all in the culture of his day,” comments Kjartansson. “I really love Western culture, and then I’m also scared of it, like we all are, and see it as choking everything. It’s a double-sided thing, absolutely. It’s both a praise and a critique, and I’m always interested in that grey area.”

The exhibition also features Kjartansson’s Nur wer die Sehnsucht kennt (2015), comprised of free-standing painted structures of snowy crags, originally exhibited in 2015 at the Palais de Tokyo in Paris. While the painted side of each piece gives nod to 19th-century Romantic landscapes, the exposed plywood backs and supporting struts on the reverse side of each form reveals their theatrical function. Translated as “only he who knows longing” from a poem of the same name by Johann Wolfgang von Goethe, Nur wer die Sehnsucht kennt champions the sublime and the mundane as one.

Ragnar Kjartansson (b. 1976) is an Icelandic artist whose work in video installations, performances, drawings, and paintings play on the history of film, music, visual culture, and literature. His works are connected through humor and pathos, with each deeply influenced by the comedy and tragedy of classical theater. Kjartansson’s use of duration and repetition to harness collective emotion is a hallmark of his practice. The artist has had solo exhibitions at the Barbican Centre, London; the Hirshhorn Museum and Sculpture Park, Washington D.C.; the Musée d’art contemporain de Montréal; the New Museum, New York; and the Palais de Tokyo, Paris, among other museums. Kjartansson represented Iceland at the 2009 Venice Biennale, and he participated in The Encyclopedic Palace at the 2013 Venice Biennale and Manifesta 10 in St. Petersburg, Russia in 2014. Kjartansson’s The Visitors (2012) showed at the San Francisco Museum of Modern Art in 2017.