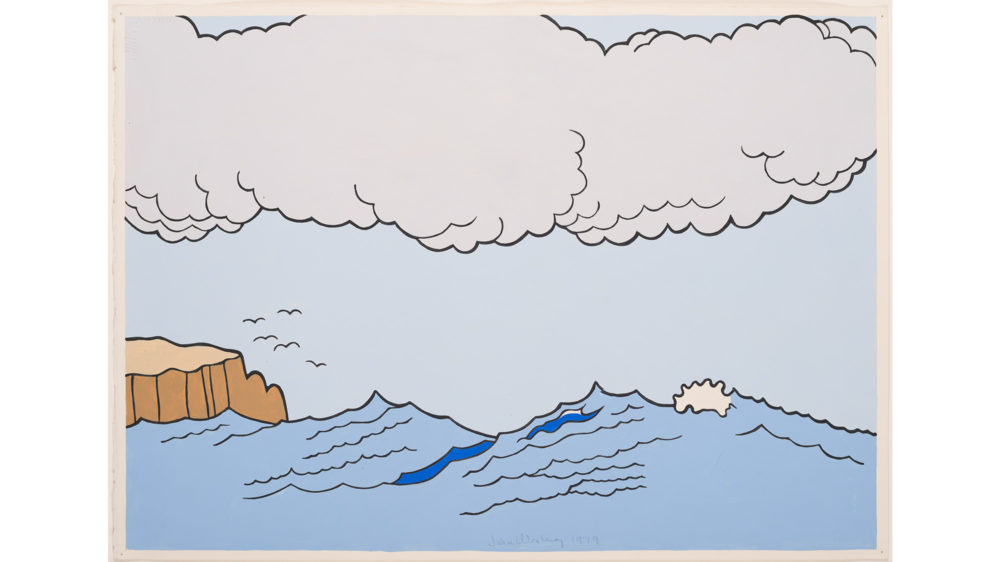 Experience an afternoon of talks and performance with Six Sensational Ocean Views, a set of playful and ruminations on la mère la mer, the McEvoy Foundation for the Arts’ inaugural exhibition on November 18, 2017. The public event is curated by Frank Smigiel, associate curator, SFMOMA. He is joined by writers and performers Chani Nicholas, Nicole Archer, Nicole Hernandez Hammer, Carolyn Finney, Kathleen Graber, and Torreya Cummings.

The exhibition la mère la mer, or the mother, the sea, cuts the elemental to human scale. Few of us sail open water or experience the ocean as something immeasurably vast, so the image of the sea-as-mother fits experiences shaped by a land’s edge: beach resorts, sand castles, and boardwalk rides. Meeting la mère la mer in this way – on vacation! – we invoke her happy leisure, a suspended if saturated time that almost always ends too soon.

“Recalling the base unit of a system – the family – la mère la mer stands too for an infrastructure we may or may not see. Leisure marks an industry as well as a time, and both townies and summer people punch a clock by the sea to make everyone else’s vacation work. Beaches themselves shake out demographically, with impossible wealthy enclaves raising protective hedgerows against the honky-tonk towns pretending to a middle-class splendor. Closer to shore, our watery mother looks a lot like us. We leave her not changed by sublime encounter but refreshed, perhaps, in our own world shored up in her waves,” states Smigiel.

This program considers la mère la mer as she exists as a principle, an economy, an ideology, a memory, an ideal, an inspiration, and a goddess. Art historian Nicole Archer highlights the evolution of swim wear in the 1960’s, particularly through the avant-garde designs of Rudi Gernreich and his “monokini.” Sociologist Carolyn Finney considers the racial imagination of the “great outdoors,” and who can occupy places like the beach. Poet Kathleen Graber invokes the rhythms of resort towns through her hometown of Wildwood, New Jersey. Climate scientist Nicole Hernandez Hammer looks at the future of Miami’s neighborhoods and so to that of coastal cities around the globe. Astrologer & activist Chani Nicholas weighs the metaphors and inspirations of water signs. And Torreya Cummings concludes the evening with her performance Sailors Signaling Other Sailors, a meditation on human contact and crossing distance.