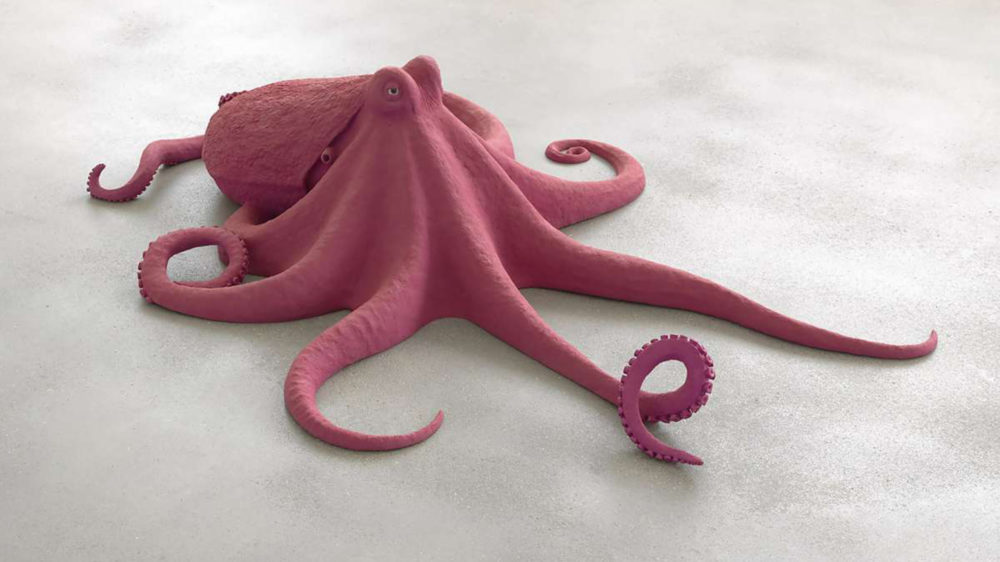 On Saturday, Oct. 28, the newly created McEvoy Foundation for the Arts opens a large and attractive gallery as the most recent element in the ever-expanding Minnesota Street Project portfolio. Unlike most of the MSP spaces, the foundation is not a sales gallery. It will, a press release says, “display selections from the McEvoy Family Collection together with new works in visual, literary, and film and media arts.”

What is it that compels some wealthy art collectors to present their holdings in elaborate public display, while others take great pains to hide away their riches?

There are collectors known to refuse loans even to major museum exhibitions, and those who will do so only anonymously.

Yet, in the Bay Area alone, we can count at least five top-tier collections that have some public visibility. Housed in stately mansions or caves underground or scattered across idyllic ranchland, they generally limit access to the occasional museum group tour. The closely held Pilara Foundation operates Pier 24 Photography on a wharf in San Francisco Bay; it is open to everyone most weekdays by appointment.

The motives of their founders vary. An element of pride is certainly part of the mix. And there can be tax benefits, depending upon how things are structured.

Some of the collections may be destined for museums — the possibility of gifts is often dangled in front of curators and directors — but their owners are not quite ready to see them go. “Education” is sometimes cited as a motivation, as if the capacity to purchase expensive objects from dealers at art fairs were a sort of teaching credential.

On the evidence of the first exhibition at the McEvoy Foundation, if communicating with others drives some to open their doors to the public, Nion McEvoy plans to over-share. Granted, the show was “co-curated” with his curatorial adviser, Kevin Moore, but it is the most deeply personal collection display I can remember viewing.

It draws upon McEvoy’s own, formidable collection of photographs and contemporary art, as well as works acquired during her lifetime by his mother, Nan Tucker McEvoy. Mrs. McEvoy, who died in 2015, was a member of the family that founded The Chronicle, and she chaired the board of its parent company for many years.

Titled “La mère la mer” (“The mother the sea”), the exhibition strains for a theme. It settles, mainly, on pictures of waves and of women.

At the same time, the flow is interrupted by a sprinkling of art that, whether it fits in visually or not, has more intimate family connotations. A painting by Wayne Thiebaud, “For Nan (Cake, Pie Slice, and Olives),” adds to the artist’s signature subject an otherwise incongruous reference to the matriarch’s noted olive products business.

A laced-up Richard Diebenkorn “Ocean Park” abstraction from 1974, presumably from the mother’s collection, hangs uncomfortably next to a trendier curatorial joke that sequences a Chris Johanson question mark (painted in 2016); a 2009 Thomas Ruff photograph of a bosomy nude woman whose pose echoes the punctuation’s form; and a 2003 painting by Brian Calvin depicting — be ready for it: a pair of large boulders.

To whatever degree the exhibition is an homage to McEvoy mère, of course, it is as seen through the starry eyes of McEvoy fils. The whole affair is less an essay than a diary, with Nion McEvoy’s penchant for arch humor and pinup-style girlie pictures (however ironically intended) also prominently on view. It is as though we were inside the head of the collector, a somewhat awkward place to find ourselves in public.

McEvoy is clearly attracted to the hyper-artificiality and copies of copies in contemporary art that drive traditionalists mad. Unless you know the backstories, the work of Roe Ethridge and Christopher Williams can look just like advertising and scientific pictures. Zoe Leonard gives us careful records of old snapshots, but does not reveal what the exhibition brochure tells us about their significance. James Welling colorized old home movies and added a childlike musical score in a family tribute we can read about in the handout.

In the end, all this makes a certain kind of sense of MFA’s debut. It’s not that these works are empty of ideas, you just have to know what they mean before you look at them.