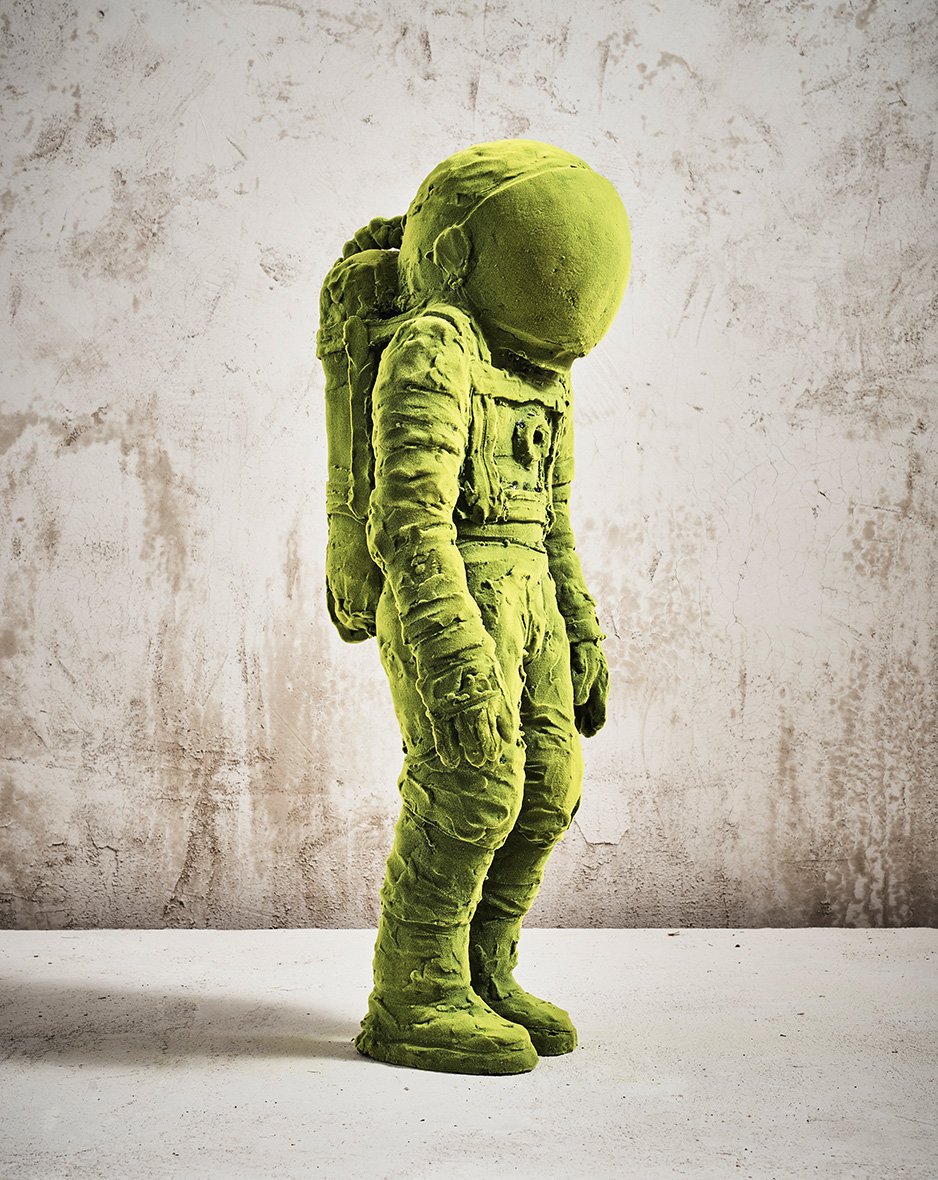 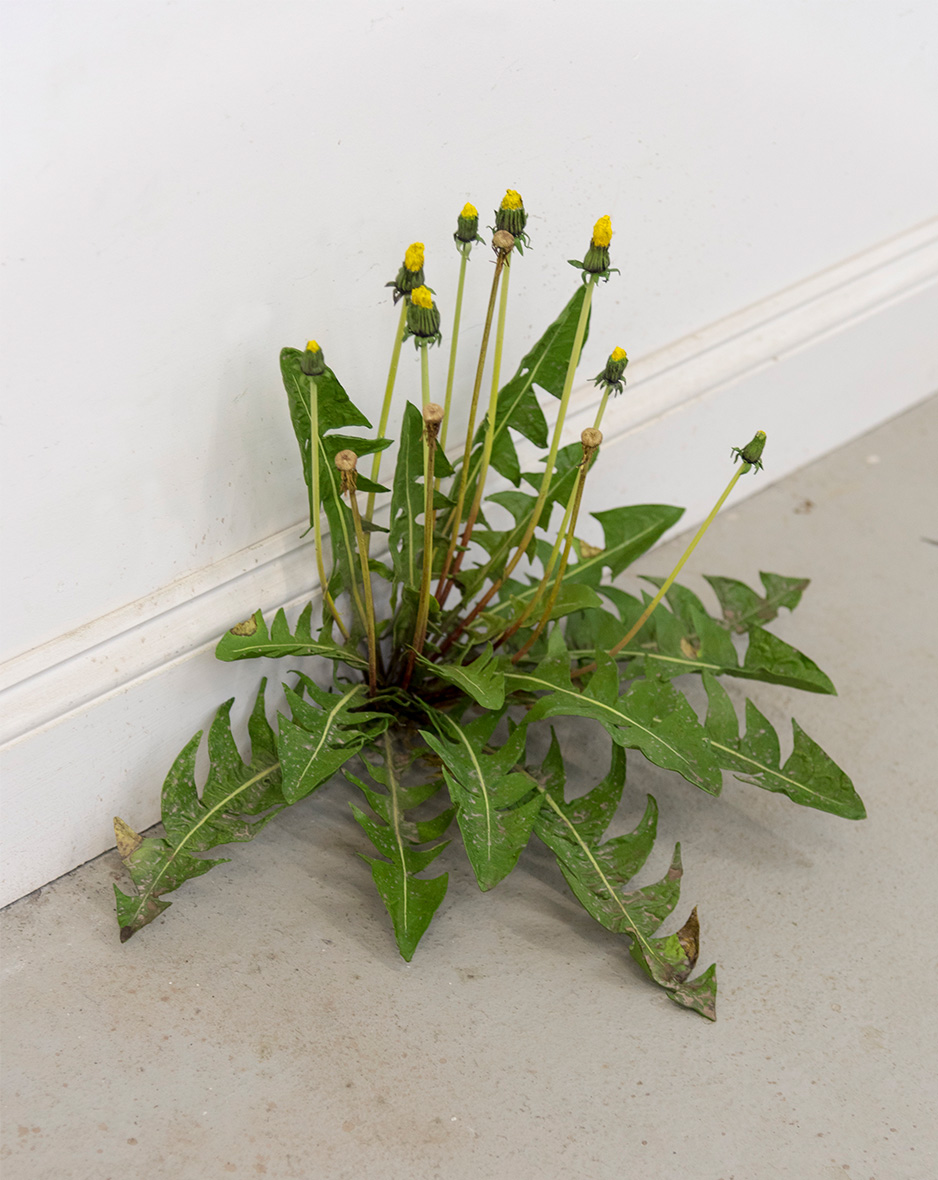 Opening September 21, 2018, the McEvoy Foundation for the Arts announces No Time, an exhibition that explores human relationships to the natural world in the past, present, and future. The exhibition offers a playful speculation into our perceptions of what we call “nature” and our role in its transformation. In the context of current discussions around climate change, the works in No Time show how artists can reinterpret and reimagine the landscape.

No Time builds an imaginary environment inspired by the Moss People sculptures of Finnish contemporary artist Kim Simonsson, complemented by dozens of artworks drawn from the McEvoy Family Collection.Predominant in No Time are historical, modern, and contemporary photographs spanning more than 130 years of creative practice.

Many of the photographs, sculptures, and mixed-media works in the exhibition alter how we think about the natural landscape existing in time, and the human experience of place in that timeline. Goshka Macuga’s 2018 tapestry, Make Tofu Not War, reads like a history painting of the human era. The 14-foot tapestry—woven to create a 3-D effect—stages a sardonic response of “animals” (people in animal costumes) to environmental damage wreaked by humans over centuries.

Kim Simonsson’s recent ceramic sculptures also invite the viewers to reconsider our place in history and the trajectory of climate change. Simonsson’s Moss People are childlike mythological figures dressed in space suits or shamanistic clothing, who appear to be wandering alone after an apocalyptic event. Echoing Nordic folklore, they project an uncertain fantastical moment with elements of the past and an imagined future combined.

Also disorienting our perception of time is Nobuyoshi Araki’s photograph Past tense – Future (1979-2011/2012). The workexists like a diary of two time periods superimposed upon one another. Starting with a simple black-and-white image of clouds photographed in 1979, Araki returned to the photograph in 2011, scratching and destroying the original negative. He also manipulated the time-stamp feature of his camera to add “’11 3 11,” the date of the Great East Japan Earthquake and Fukushima nuclear disaster (March 11, 2011).

The exhibition is presented in tandem with the Global Climate Action Summit (globalclimateactionsummit.org) and Coal + Ice (coalandice.org).

In the Screening Room: Take Only Memories, Leave Only Footprints

No Time is accompanied by Take Only Memories, Leave Only Footprints, a daily video program organized in two alternating cycles, each beginning at the top of the hour in McEvoy Arts’ Screening Room.

Seeing is a primary way of knowing, yet our vision is limited to our biological capabilities and temporal position. Long-term environmental changes and the influence of technological interventions are difficult to apprehend from any present moment. Cinema can, however, unlock the potential to both transcend our experience and transform our habitat. It allows us to see in supernatural time spans and at scales unavailable to the naked eye. This technology of image-making reveals deeper aesthetic truths behind the vistas. Film can track visions of our natural and built environments over time to preserve landscapes for future viewers. A prescription for appreciating these complex ecologies is “Take only memories, leave only footprints.”

Drawing its title from the Hopi word meaning “life out of balance,” Koyaanisqatsi is a renowned documentary that reveals how humanity has grown apart from nature. Featuring extensive footage of natural landscapes and elemental forces set to a score by Philip Glass, the film ultimately gives way to many scenes of modern civilization and technology. The production makes its points solely through imagery and music, with many scenes either slowed down or sped up for dramatic effect.

McEvoy Arts presents a vivid new digital restoration of one of the most immersive and rarefied experiences in the history of cinema. Tarkovsky’s final Soviet feature embarks on a metaphysical journey through an enigmatic post-apocalyptic landscape where a hired guide—the “Stalker”—leads a writer and a scientist into the heart of the Zone, the restricted site of a long-ago disaster. Stalker is at once a religious allegory, a reflection of contemporary political anxieties, and a meditation on film itself.

General admission $7; Seniors (65 & older) and children (18 & under) free. Tickets are available at: mcevoyarts.eventbrite.com.