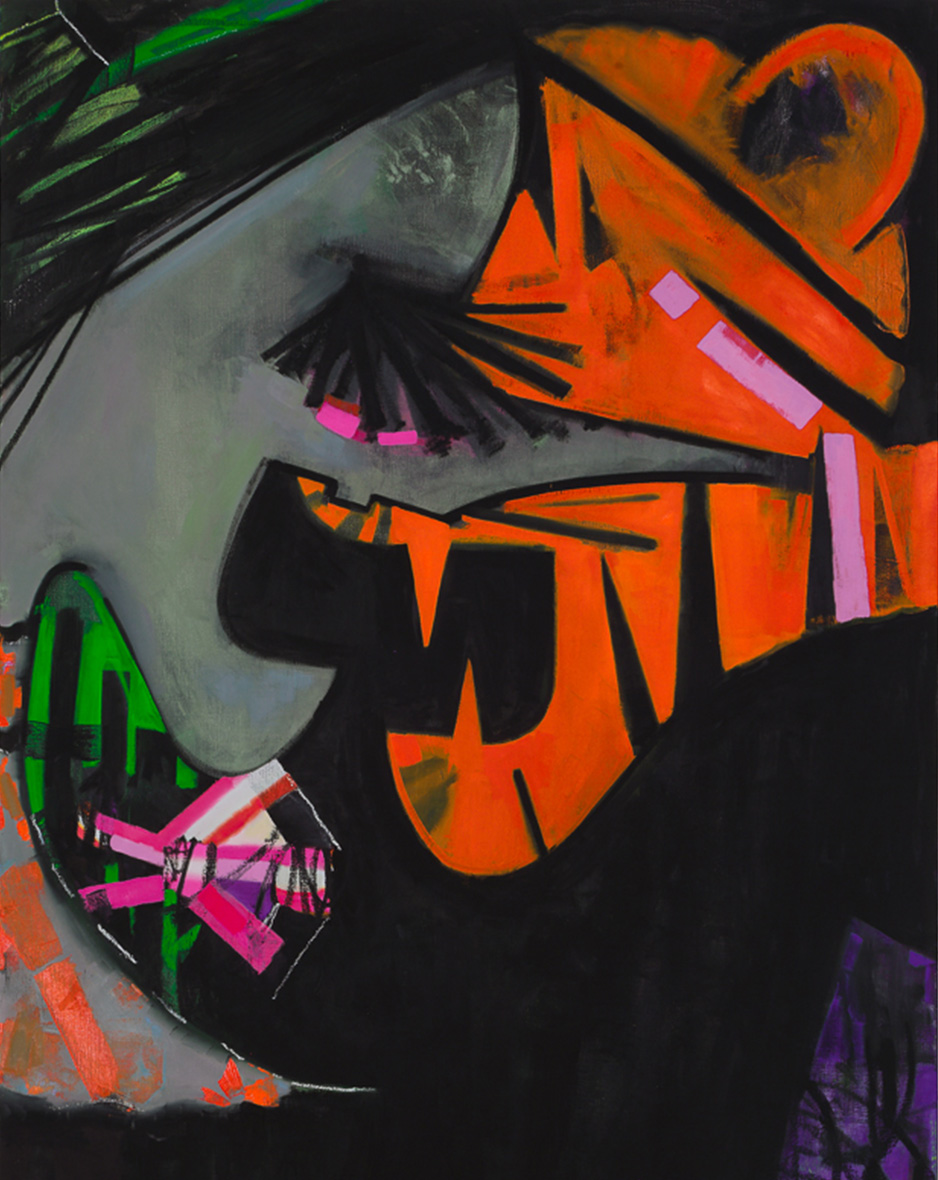 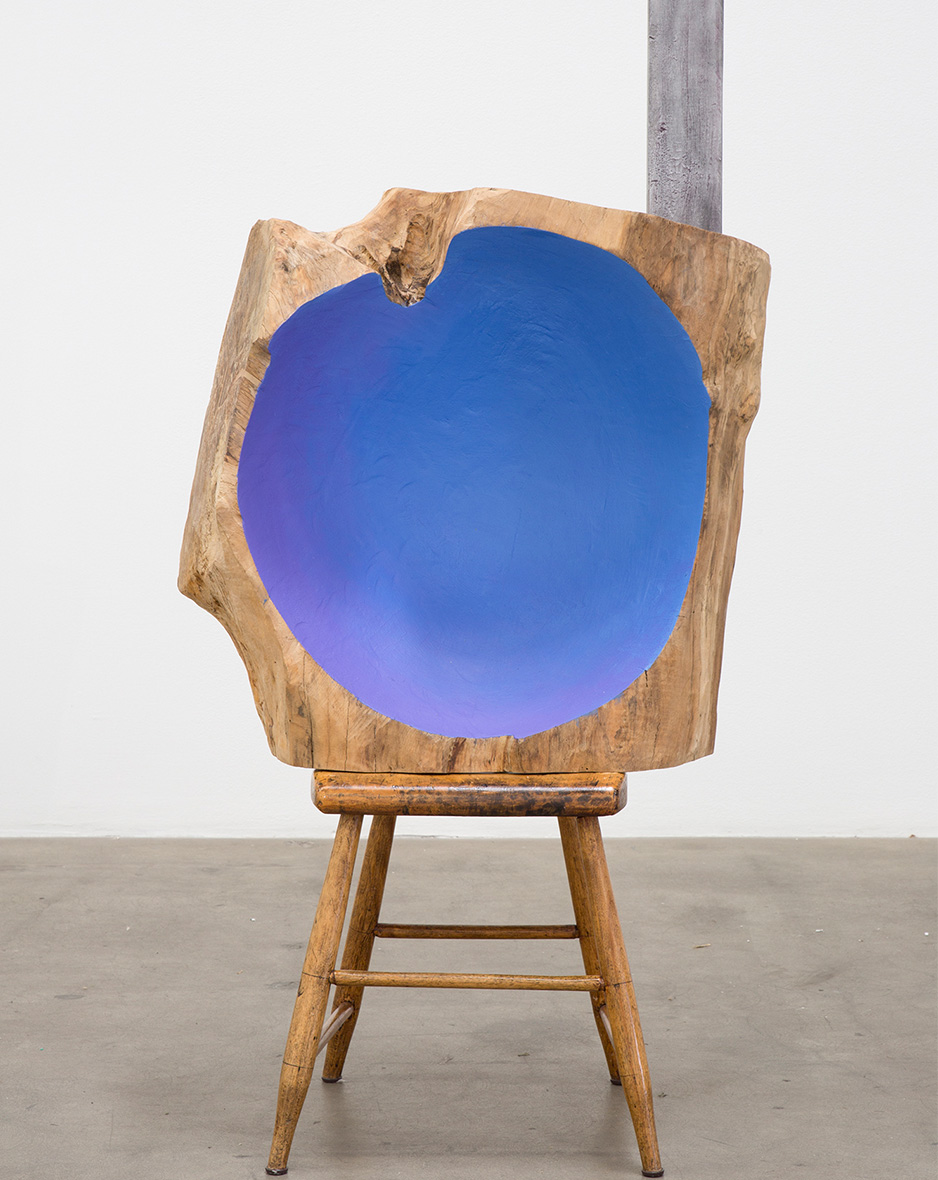 Taking its title from one of Berkenblit’s works, curator Kevin Moore stages a theatrical dialogue between Berkenblit’s gestural semi-abstract Pop Art paintings and the historic Constructivism of Braman’s blocky, quasi-mystical sculptures and environments. Moore finds in the combined bodies of work numerous formal correspondences between materials, vocabularies, and palettes despite differences in scale and dimensionality. The exhibition proposes an impromptu stage production of sorts, engaging Braman as set designer and Berkenblit as casting director.

Juxtaposing the work of these two prolific mid-career contemporary artists provides an opportunity to read their deeply personal vocabularies and senses of line, color, and composition as both reflected and refracted through the vision of the other. These playful exercises, among others in True Blue Mirror, reveal surprising similarities as well as surprises within the similar.

In addition to similar color palettes, each artist engages aspects of the American vernacular in her work. Berkenblit’s paintings, with their recurring cast of animated imaginary characters, reference newspaper comics and incorporate humble household fabrics. Braman’s sculptures exploit a similar cheery color palette, which serve as a medium for synthesizing a host of domestic objects, such as camper shells, chairs, and vintage wallpaper. Both artists’ large-scale works may be seen as monuments to various aspects of American domestic life.

Moore says of the exhibition’s theme and borrowed title, “True Blue Mirror suggests reflection: both a literal reflection, as a mirror does, but also as a means of introspection. It’s intriguing that these two artists, working in different mediums and meeting in person for the first time to formulate this show, have so much in common in terms of color palette and they also work from a very interior place: two private worlds that look alike, “reflecting” each other, yet imperfectly as mirrors do. The similarities are pleasing and the differences are thought-provoking.”

Expanding the emphasis on the visual conversation in play between the artists, Berkenblit and Braman, working with Moore, have collaborated to further contextualize True Blue Mirror and their artistic similarities by together curating a selection of works by other artists from the McEvoy Family Collection they liken as mutually influential. The selection will be featured as an auxiliary installation to True Blue Mirror.

Ellen Berkenblit (b. 1958) is a painter who lives and works in Brooklyn, New York. She studied painting at The Cooper Union and her work is in many museum collections, notably the Museum of Contemporary Art, Los Angeles; the Aspen Art Museum; the Whitney Museum of American Art; and The Museum of Modern Art, New York. Her first film, Ellen Berkenblit: Lines Roar, was shown at the Drawing Center, New York in 2018.

Sarah Braman (b. 1970) is a sculptor who lives and works in Brooklyn, New York and Amherst, Massachusetts. She grew up in Tonawanda, New York and attended the Tyler School of Art, Philadelphia and the Maryland Institute College of Art, Baltimore. She had a solo exhibition at the Museum of Fine Arts, Boston in 2013. Her work Driving, sleeping, screwing, reading (included in the present exhibition) was featured at the Massachusetts Museum of Contemporary Art, North Adams in 2017.