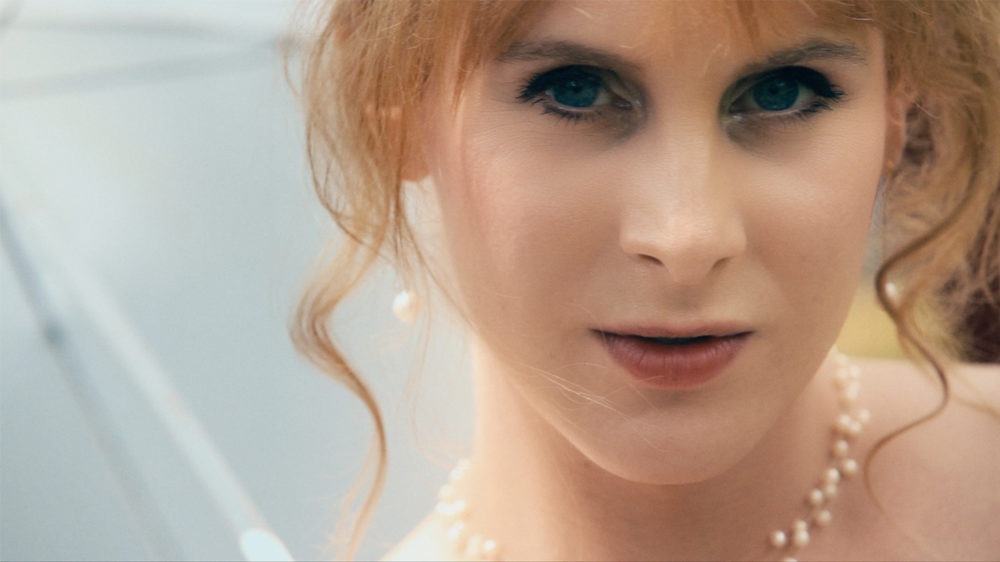 McEvoy Foundation for the Arts premieres certainty is becoming our nemesis, a program of experimental media works guest curated by San Francisco Cinematheque Director Steve Polta, to accompany the West Coast debut of Orlando, February 7 ­– May 2, 2020. The hour-long program runs concurrently with the exhibition with an opening reception scheduled for Saturday, February 8, 5–8pm.

certainty is becoming our nemesis presents ten short films on themes of transformation and self-invention, gender fluidity, performance, and family that are inspired by the resonances of Virginia Woolf’s Orlando in the exhibition and Issue #235 of Aperture magazine. Opening with the continuous dissolve of male and female bodies in Alice Anne Parker’s Riverbody (1970), the program traces the blurred boundaries of self-expression and how ambiguity of identity manifests as an emotional survival strategy. Zach Blas’ Facial Weaponization Communiqué: Fag Face (2012) critiques the participatory surveillance of the twenty-first century with a protestation of biometric facial recognition as it is applied to oppressed and marginalized communities. Zackary Drucker’s Unison (2013–2017), with its lush visualization of intergenerational transgender identity in rural Pennsylvania, embraces the complex fluidity of time and place as indispensable conditions of the construction of identity. While flirting with notions of timelessness and perpetuity, these works refute notions of stability in favor of transformative existence and radical gestures of intimacy.

Polta cites a section of Swinton’s introduction to Issue #235 as a framework for considering the program, in which Swinton writes “I’ve been thinking about how certainty is becoming our nemesis. […] How the once essential search for a definable, and immutable, identity has become stifling to our sense of development and the possibilities of finding true fellowship with other complex, variously wired, hesitant sensitive beings.” certainty is becoming our nemesis celebrates these assertions of the self as critically important: artistically, culturally, and politically. The international program features works from Austria, Spain, Sri Lanka, Turkey, the United Kingdom, and the United States that illustrate a breadth of filmic practice and extends the impact of Woolf’s prescient text.

The program repeats at the top of the hour and runs continuously during McEvoy Arts’ gallery hours.

Steve Polta is a writer, archivist, historian, and Director of San Francisco Cinematheque where he has worked since 1998. He is the co-founder and current curator of Cinematheque’s CROSSROADS film festival, founded 2010, now presented annually at the San Francisco Museum of Modern Art. In 2014 he was awarded a Curatorial Research Fellowship from the Andy Warhol Foundation for the Visual Arts for the study of contemporary and historic performance cinema which resulted in Perpetual Motion, an extensive series of live cinema performances presented in San Francisco in 2016. He holds an MFA from the San Francisco Art Institute and a Masters of Library and Information Science (MLIS) from San José State University. He is co-editor with Brett Kashmere of Craig Baldwin: Avant to Live! documenting the film and curatorial work of the Bay Area artist to be published in collaboration with Incite: A Journal of Experimental Media in 2020. He lives in the San Francisco Bay Area.

Special thanks and recognition to Berkeley Art Museum and Pacific Film Archive, the Canyon Cinema Foundation, and Luis De Jesus Los Angeles for their support and inspiration for certainty is becoming our nemesis.