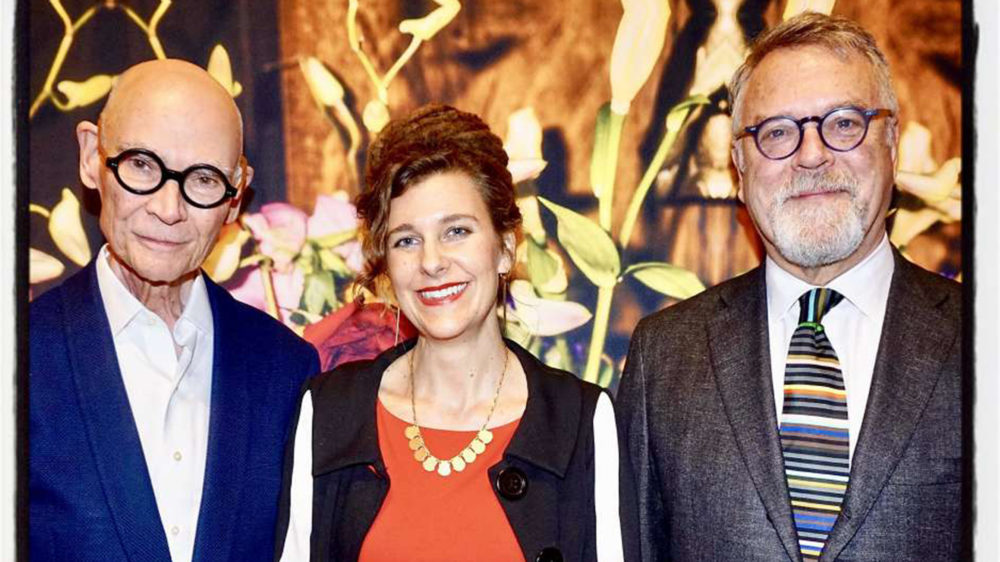 Led by Linda Fine, the Centennial Gala soiree — featuring a Fraiche Catering dinner, the Bob Kenmatsu Band and roving accordionists — celebrated di Rosa, a groundbreaking art collector and bon vivant who was born 100 years ago this March. And some 200 art swells braved wild weather to cheer McEvoy and his fellow artist honoree, cyanotype photographer Meghann Riepenhoff, whose work is admired and collected by McEvoy.

Di Rosa Executive Director Robert Sain ticked off McEvoy’s many accomplishments, noting the honoree’s influence via the many organizations he supports or serves as a trustee: SFJazz, SFMOMA, Aperture, Smithsonian American Art Museum and board president of .

“Nion is not only a collector but has an unwavering commitment to art and artists. He revels in ideas and social engagement. Through his McEvoy Foundation for the Arts in Dogpatch, Nion is determined to have an impact on our cultural ecology,” toasted Sain, with a tease. “And all this from a lapsed rock musician and retired meditation teacher.”

Nion McEvoy was born in San Francisco but grew up in Washington, D.C., where his love of art was inspired by visits with his mother to stellar museums in our nation’s capital. Later as an English major at UC Santa Cruz, McEvoy befriended painters, poets and musicians.

“My mother and Rene were born just two months apart. This institution and Rene’s legacy, who shared my mother’s connections of The Chronicle, winemaking, art collecting and a zest for life, feels like something she would’ve undertaken,” McEvoy enthused. “I’ve reached a point in life where I have the resources to assist artists and art institutions, big and small, and it is a joy.”