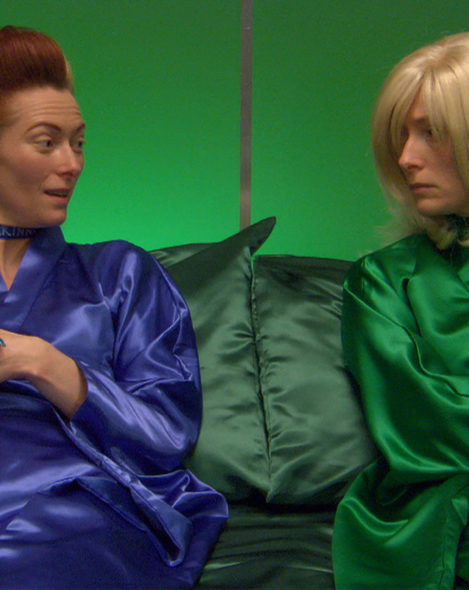 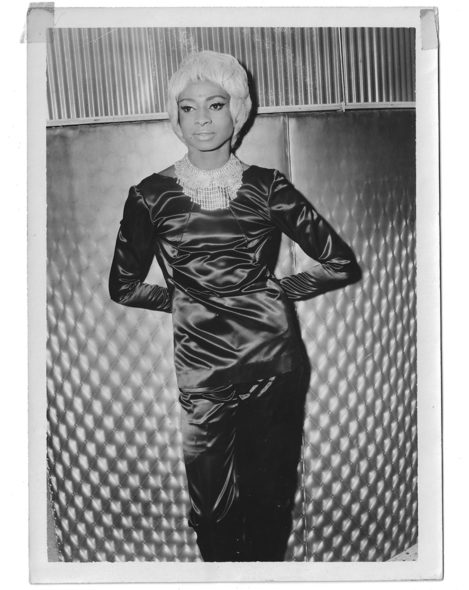 In conjunction with the West Coast debut of the exhibition Orlando, guest curated by Tilda Swinton and organized by Aperture, New York, McEvoy Foundation for the Arts presents a series of events that animate, challenge, and interpret Virignia Woolf’s Orlando, as well as the film and exhibition. Balancing now-classic adaptations of the story with newly commissioned performances and cultural partnerships, the events encompass film, dance, music, and performance.

Woolf’s 1928 novel, which tells the story of a young nobleman who lives for three centuries without aging and mysteriously shifts gender along the way, is experiencing a contemporary resurgence. Drawn to the tale’s exploration of gender fluidity, timelessness, and self-transformation, artistic institutions such as the Vienna State Opera and the Metropolitan Museum of Art’s Costume Institute are reexamining the possibilities of Woolf’s enduring story. The Orlando-inspired events at McEvoy Arts share this spirit of boundary-less exploration by inviting artists, curators, and organizations to produce experiences that foster cross-cultural and interdisciplinary exchange.

Events begin on February 25, 2020 with a rare 35mm screening at the Roxie Theater of Sally Potter’s Orlando, offering a fresh look at one of Tilda Swinton’s defining roles as the titular character. Orlando-included artist Lynn Hershman’s Leeson’s Conceiving Ada and Teknolust, also starring Swinton, are presented in a double-feature and conversation with the filmmaker at McEvoy Arts on April 4. Zackary Drucker (also included in the exhibitions Orlando and certainty is becoming our nemesis), moderates Any Other Way: Celebrating the Life and Work of Jackie Shane on March 26, about the legacy of the transgender R&B musician, with special guests. McEvoy Arts convenes It’s A Moment at Oakland’s Pro Arts Gallery and Commons on March 6 to rethink the roles of arts institutions as sites for community dialogue. Closing the exhibition on May 2, Brontez Purnell presents Brontez Purnell as Orlando as Brontez Purnell: “My” Journey, a newly commissioned immersive performance exploring the 300-year odyssey of Virginia Woolf’s Orlando through sound, visuals, movement, and stillness. Both events are organized by Ryanaustin Dennis.

Nearly thirty years after its premiere, Sally Potter’s bold re-working of Virginia Woolf’s classic 1928 novel endures as a remarkable love story, an incisive tour through English history, and a landmark work of genderqueer cinema. Orlando is the story of a journey through time and a modern exploration of gender and identity, beginning in the age of Queen Elizabeth I and ending with the speed and noise of the twentieth century. Potter’s assured direction of Swinton’s subtle performance vividly refracts the seismic historical shifts in the tale through Orlando’s fluid shifts in gender, as well as in love, war, politics, and poetry. The result is a timeless cinematic achievement that celebrates the spirit, rather than the letter, of Woolf’s book. Presented in 35mm.

Organizers Ryanaustin Dennis and Samantha Maria Xochitl Espinoza ask participants to consider questions that Tilda Swinton posed regarding Orlando in Issue #235 of Aperture magazine: “What is a society? What is a social conscience? What is social responsibility? What is a human? What future can we envisage for ourselves? What is hope?” Presented in partnership with Pro Arts Gallery and Commons during Oakland First Fridays, It’s a Moment invites culturally and artistically diverse thinkers to collectively envision a future for arts institutions as sites for community exchange, revolution, and recalibration of perspective and will. The evening seeks to connect emerging QPOC artists based in the East Bay with young creators from Oakland schools and nonprofit organizations through dance, visual, and filmic forms. A small vendors market follows the presentations and performances.

Any Other Way: Celebrating the Life and Work of Jackie Shane
Thursday, March 26, 7pm

The rhythm and blues singer Jackie Shane, who died in 2019, broke barriers as an openly transgender artist in the 1960s. This program invites special guests to honor the extraordinary life and music of the charismatic artist as an affirmation of the existence of gender-diverse and non-binary peoples throughout time. Any Other Way is organized by artist Zackary Drucker, whose practice fosters dialogue with elders in the trans community as a means of combatting the false narrative that transness is a twenty-first century phenomenon. Drucker, who interviewed Shane for her Trans Legends project in 2018, is joined by Shane’s confidantes Mark Christopher, and Douglas Mcgowan, A&R at Shane’s reissue record label Numero Group trace Shane’s trajectory through the history of soul music and gender expression. Musician Ebony Tay offers a stirring musical tribute to Shane.

Lynn Hershman Leeson’s films Conceiving Ada (2000) and Teknolust (2003) are two of the artist’s most celebrated explorations of the themes which have defined her multidisciplinary art practice. In the time-travel adventure film Conceiving Ada, Tilda Swinton astonishes as a mathematic genius a century ahead of her time who blurs the boundaries between past and present, virtual and real. In the science-fiction drama Teknolust, Swinton’s chameleonic abilities are on full display as a scientist specializing in biogenetics who creates three self-replicating automatons (also played by Swinton), who rely on sperm to survive. Traversing LGBTQ+, feminist, technological, and ethical concerns, Hershman Leeson’s films endure as enigmatic harbingers of digital culture’s effect on our collective experience of reality.

In a newly commissioned immersive performance organized by Ryanaustin Dennis, Oakland-based artist Brontez Purnell explores the 300-year odyssey in Virginia Woolf’s Orlando through sound, visuals, movement, and stillness. The program functions as a performative excavation of Purnell’s past as a self-described “queer, black, photo essayist, author, filmmaker, dancer, musician, weed trimmer, and cocktail waitress” and as a visual annotation of Orlando (the film’s) lush production quality and behind the scenes history. Confronting the mercurial pageantry of performative queerness in the tale, Purnell employs a seemingly inexhaustible cache of creative expression to reimagine Orlando as it’s never been experienced.