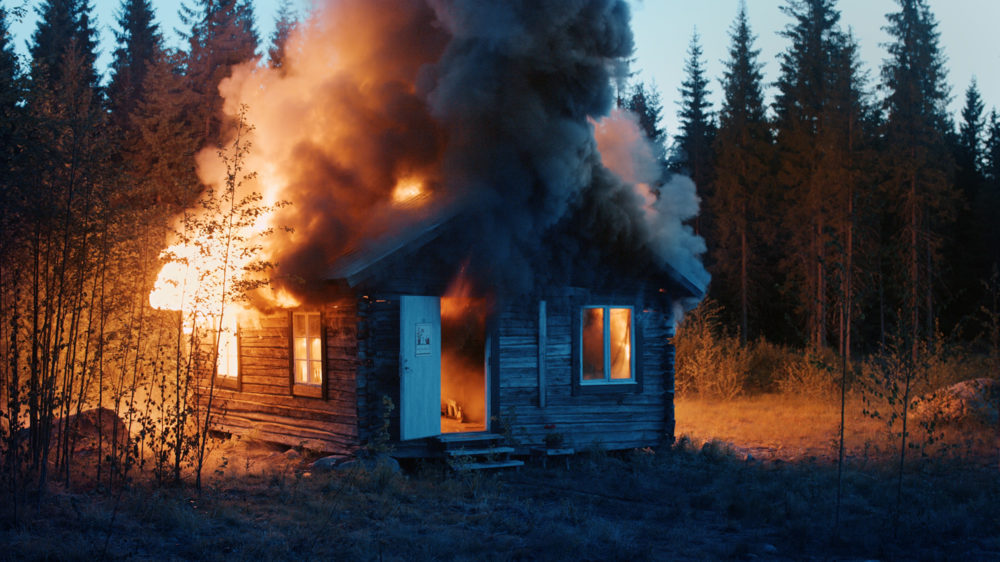 An acquaintance recently wrote on Facebook of a 2012 work of art, “Ragnar Kjartansson’s ‘The Visitors.’ Have no idea why, but I’ve seen it three times and cry every time.”

Those who have wandered, mesmerized, through the nine-screen, 64-minute video installation will know the feeling. For half of last year, it enthralled viewers at the San Francisco Museum of Modern Art, which co-owns the piece with New York’s Museum of Modern Art.

Now, several works by Kjartansson not previously seen in the Bay Area are being shown at the McEvoy Foundation for the Arts. “Scenes From Western Culture,” on view through Sept. 1, is appealing on its own terms and an opportunity to better understand the artist’s concerns, but it’s hard to imagine it touching many hearts. It steers clear of the purposeful sentimentality of the 2012 work, opting for something more intellectual.

“The Visitors” has traveled the world. I could hardly break away from the piece at the grand opening of the Broad in Los Angeles in 2015, and I spent two hours immersed in it at the artist’s New York gallery in 2013.

And yet it is made from such ephemeral stuff: what appears to be a casually strung-together band of musicians, scattered through the rooms of an aging mansion, linked by A/V cords and a tempo the players drag along behind them. A man singing in the bath. A musical phrase, a lyrical line voiced languidly, repeatedly.

“Once again/ I fall into/ My feminine/ Ways.”

It turns out that the bather is the artist, and the song is based on something said by his ex-wife as they drifted toward divorce. The details don’t matter, however — we might have guessed as much. The work’s spell derives from the tarnished beauty of the house; the plaintive tones of the music; the incessant, unstoppable refrain — a dime-store mantra all the more heartbreaking for its triteness.

Kjartansson’s 2015 video work “Scenes From Western Culture,” which lends its name to the entire show, also plays on nine screens. “Scenes,” however, is shown on wall-mounted monitors, hung like traditional pictures in a gallery, in contrast to the meandering arrangement of hanging projection screens for “The Visitors.”

Each monitor tells its own, slow-moving story in one long take from a single, uninflected point of view, the images behaving more like hybrids of photograph and movie than either one alone. The pictures describe aspects of easy life among the handsome and financially comfortable, apparently in Europe and the U.S.: A grandfather clock gently ticks away in the hall of a Scandinavian-looking home, while on another monitor a young couple makes love on a white-sheeted bed in a fashionably spare white room, as elsewhere another couple — Jason Moran and Alicia Hall Moran, a caption tells us — dine in an elegant restaurant.

One shows a cottage engulfed in flame, but even that event remains safely contained within its rectangle. In another, a man ferries a succession of beautiful women across a mountain lake, then discharges them with a kiss. He misses the dock once, ending up in the drink, but he cockily takes it all in stride.

One video follows a swimmer (the artist Elizabeth Peyton) and her yapping dog, slowly tracking the length of a lap pool. In every other scene, though, the lens is an utterly disinterested observer, the camera fixed atop a tripod, anchored and immobile.

In interviews, the artist has talked of growing up the son of theater people, waiting in the wings as the troupe rehearsed, repeating the same words and gestures, revisiting the same narrative again and again. For this presentation, he adds to the theatrical a reference to influence from the visual arts. He requested that the foundation borrow and display a work by the 18th century French painter Jean-Antoine Watteau, known for his idyllic depictions of life among the privileged.

Kjartansson surely knows that he shares in the entitlement he so blithely, if archly, details in his “Scenes.” As if to make the point, another 2015 work, “Nur wer die Sehnsucht kennt,” is included in another gallery. Large cutout paintings of snowy peaks, like a stage set for an alpine skit, align from one perspective into a vaguely credible mountain-scape. Shift position even slightly, though, and the artifice is plain to see.

The title of the work, taken from a poem by Johann Wolfgang von Goethe, can be translated as “Only Those Who Know Longing.” It is, of course, a telling choice. The impossibly lovely, perfectly quotidian existence Kjartansson describes is a reality that in one instant we think we might know and, in the next, one we know can never be.