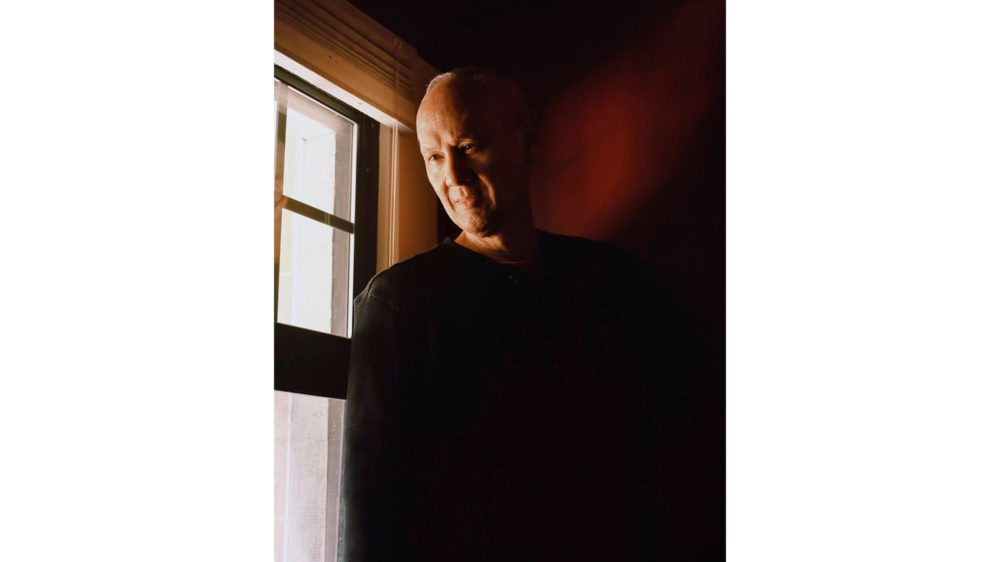 Portrait of Michael Jang by Pat Martin for The Financial Times. © Pat Martin

The full article with pictures can be viewed on ft.com by clicking on the “View Source Article” button

In 2002, the photographer Michael Jang dropped off a box of prints at San Francisco’s Museum of Modern Art. He had taken the pictures in the 1970s, and hadn’t looked at them much since then.

Only now, as his teenage children were in school and he was winding down his successful career as a family and editorial portrait photographer, had he begun to delve into the archive of negatives, contact prints and enlargements stored in his garage. At the time, the museum had a policy that any portfolio submitted by any artist would be reviewed by its curators. Jang wondered if they might be interested.

Many were taken in the early 1970s, while Jang — a shy Chinese-American boy from Marysville, a suburban town in northern California — was studying at CalArts in Los Angeles. Majoring as a design student, on a whim Jang had taken an elective course in photography, a choice that turned out to be life-defining.

Today, Jang is a lithe, energetic 68-year-old who lives in an attractive house on a quiet, tree-lined street near San Francisco’s Golden Gate Park. When I visited him this summer, his two front rooms were filled with his prints, books and related ephemera, as he prepared for a retrospective of his work at the McEvoy Foundation for the Arts in San Francisco and the publication of a thick monograph by Atelier Editions, both in September.

In skinny jeans, clean Converse high-tops and black Henley shirt, Jang seems every bit the relaxed and self-assured creative professional. He wasn’t always this way. Photographs from the 1970s show a somewhat nerdy youth with a neat side parting and thick spectacles.

He recalls a conventional suburban American childhood of scouting, Little League Baseball and junior golf. Later, as a teenager in the 1960s, he travelled to San Francisco for midweek shows by rock bands at the Fillmore Auditorium.

Sitting high on a balcony, he observed psychedelic liquid light shows that he began to replicate, and was soon employed as a projectionist for promoter Bill Graham’s concerts. None of this, he says, conformed to a stereotypical Chinese-American upbringing.

At school, Jang was never an intellectual and did poorly in tests, despite being obviously perceptive. At CalArts, his professor — a critic and photographer named Ben Lifson — showed slides by Diane Arbus, Garry Winogrand and Lee Friedlander, the subjects of an influential exhibition in 1967 at New York’s Museum of Modern Art called New Documents.

In response to their deceptively casual and spontaneous work, Jang remembers thinking, “‘Are you kidding me? I can do this and get a grade?’ It looked easy. They looked like snapshots.”

Contestants in a competition to present the evening weather report, run by a San Francisco TV station, 1983. Jang was commissioned to take portraits of all 100 contestants © Michael Jang

Taking pictures may have come naturally to Jang, but talking about them did not. At CalArts, then as now, classroom discussion was dominated by references to art theory. Conceptual artists such as John Baldessari (an influential CalArts professor) and Allen Ruppersberg used photography as a means of documenting themselves performing happenings or actions.

Jang’s work sometimes looked similar — especially when he asked others to photograph him posing — but his angle was never that of a conceptualist or theoretician. Critiques of student work could be brutal. “I’m pretty sensitive and in my naïveté I thought my work wasn’t any good. So I boxed it for 30 years.”

Despite his faltering confidence, Jang did not give up photography. In the late 1970s, he got his masters at the San Francisco Art Institute. After college, he built a reputation as a talented portrait photographer and shot celebrity portraits for magazines such as Rolling Stone from his home studio.

Almost inadvertently, when his two children were in pre-school he also established a lucrative sideline as a family photographer, taking pictures of their classmates, sometimes over many years. As he puts it: “I got on with life. I had a family, I raised two kids, I paid the rent, and then the mortgage.”

When Jang started to rediscover his early work in 2002, he found he had none of the sensitivities about it that had inhibited him in the 1970s. “So I dropped the portfolio off at the museum,” he says. “What could they do? Tell me to come pick it up? Fine! Rejection is not going to hurt me now.”

A few weeks later, Jang got a call from the museum, asking him to come in for a chat. In a handsome meeting room, his prints were laid out on a table. Four curators greeted him and began to probe him for details about his life and work.

“They said something like, ‘It seems like we would have heard about you. Usually people get an NEA or a Guggenheim grant and they have shows … What’s the deal?’” Jang recalls, chuckling.

‘I’m pretty sensitive and in my naiveté I thought my work wasn’t any good. So I boxed it for 30 years,’ says Michael Jang © Pat Martin
Sandra S Phillips, now curator emeritus at the museum and the curator of Michael Jang’s California at the McEvoy Foundation, remembers seeing his photographs for the first time. “They seemed completely genuine and fresh,” she says, “and they were obviously made by a young person.”

To Jang’s further surprise, the museum acquired several of the prints. A few months passed, then one day he received a call from a friend, who excitedly told him that a photograph of his was hanging in the museum. Jang hurried over with his children Tali and Woody, then 16 and 14.

About that time, Jang was in the habit of playing elaborate pranks on his kids — he recalls an instance where they walked in the door to discover him lying prone on the floor with ketchup splattered all over him. On seeing his photograph hanging beside work by Robert Frank, Arbus, Winogrand and Friedlander — all idols of their dad — Tali tells me that her first response was to wonder how Jang had persuaded the museum to go along with the joke. “I’m looking at the security person and thinking, ‘Is he in on this?’”

The picture the curators had selected is from 1973. “A picture that, at the time, I thought was far from exceptional,” Jang admits. It was shot in the ballroom of the Beverly Hilton hotel in Los Angeles — a venue that he regularly frequented for what he calls “a homework project” while at CalArts.

In the early 1970s, the hotel was the nexus of Los Angeles high society and Hollywood celebrity. Jang faked a handful of press cards, and got himself admitted to galas and awards shows, banquets and after-parties.

Some of the people Jang photographed there, such as Ronald Reagan and Frank Sinatra, were hugely famous; many — such as the wizened, weird older man glaring out from the photograph hanging at the San Francisco Museum — were not.

There is a photograph of Jang from this time, probably taken, he says, by a waiter, of the smart young interloper in suit and bow tie, sitting at the press table and smiling conspiratorially at the lens. “I was getting a free filet mignon dinner,” he says, cheerfully.

As with other self-portraits, one senses that the young student was merely trying out identities, to see which one fitted. He soon realised he had no ambition to be a paparazzo or newspaper photographer.

Another “homework” project focused on the antics of his Aunt Lucy, Uncle Monroe and his cousins Chris and Cynthia, with whom he lodged in 1973 while attending a photography summer school in San Francisco.

The class was led by the Austrian-born street photographer Lisette Model, who had famously taught Arbus. For Jang, smitten with the New Documents generation of street photographers, the opportunity to study with Model was not to be missed.

To have something to show in class, Jang shot pictures of his hosts, larking about at home. Usually, they were willing protagonists, playing up to the camera: posing on skis in the living room, tottering on stilts down the hall. But occasionally, Jang’s candid shots caught them at less dignified moments, such as his Uncle Monroe slumped asleep in front of the television.

The pictures are hilarious, absurd, fond, empathetic and unaffected. Their compositional serendipity — the image on a television screen echoing a picture on a nearby wall, for instance — belies their apparently casual style. But Jang doesn’t remember getting much positive feedback at the time.

One exception was a feature in Popular Photography magazine, in which Jang was profiled along with two other students from major American art schools. (He still has a copy.) He showed it proudly to his family, who were appalled at the way the photographs made them look. Mortified, he filed the prints away and never showed them. “I’ve got ethics,” he says.

About the time that he took up photography, Jang also began practising t’ai chi — a discipline that he has continued throughout his life. The ancient Chinese martial art is, he says, “an alternative form of intelligence”, one that strongly relates to the Taoist concept of wu wei, meaning “without effort”.

Jang reflects that his best photographs felt similarly effortless to him, the results of his honed instincts and daily repetition. He points to the pictures he took — decades before the invention of the selfie-stick — in which he held his camera at arm’s length and snapped himself against a scene he could not see.

As a student, he was rarely pleased with the work he made in class — “pictures that were supposed to be art, or to please my teachers”. It was the pictures he took for himself of friends and family, of bands he saw and of the city — all aspects of his private daily practice of wu wei — that are so compelling today.

One morning in 1978 he was on an uninspiring commercial assignment at the Miyako Hotel, shooting a portrait of the employee of the month. It just so happened that the Sex Pistols were staying at the hotel, following what would turn out to be their last ever gig at San Francisco’s Winterland Ballroom. Jang, who was a fan of punk music and an interested observer of the scene, had been in the crowd.

In the hotel bar, he spotted Johnny Rotten sitting alone at a table strewn with empty glasses and cigarette butts. Jang asked if he could take a few photographs. He developed the film and filed it away, never considering that he might sell the shots.

Jang’s life-long devotion to his craft is finally paying off. No longer the isolated artist working in private, over the past few years he has found the support of an enthusiastic team of publishers, designers, archivists, publicists and curators — not least the indefatigable Sandra Philips, who has visited him regularly to scrutinise his past work. “I tell people, ‘I’ll take that over a Guggenheim,’” he says.

He’s aware of the unusualness of his position. He jokes that many photographers whose work only gained exposure years after it was made were dead by the time they were celebrated. “But I’m alive!” he says. “I’m going to enjoy this.”

“Who Is Michael Jang?”, a retrospective book, is published by Atelier Editions on September 17, atelier-editions.com. “Michael Jang’s California”, curated by Sandra S Phillips, is at the McEvoy Foundation for the Arts, San Francisco, September 27 to January 18 2020, mcevoyarts.org